In the movie Apollo 13, an engineer comes into a conference room and dumps a bunch of hardware onto a table. The goal? Fit a square peg into a round hole.

The problem? After an explosion crippled the Apollo 13 spacecraft, the three astronauts went into the Lunar Module for much of their flight home. However, the module wasn’t designed for three astronauts together; only two would be descending to the lunar surface. With each breath, the extra astronaut helped overload the carbon dioxide scrubbers in the lunar module.

They were different shapes and sizes. The lunar module used cylindric scrubbers while the command module use cubic ones.

That’s when NASA’s engineers got to work to solve the problem. Using only equipment available to the astronauts, the engineers in Houston were able to fashion a workaround that used the command module scrubbers in the lunar module.

Complicating things a bit more? Mission Control in Houston couldn’t send pictures to the Apollo 13 crew. They had to describe everything verbally and hope the astronauts got the picture.

Here’s a handy infographic detailing what those steps were and how the Apollo 13 astronauts made that CO2 scrubber work. See the model used by NASA engineers here in Houston as part of our Starship Gallery timeline. 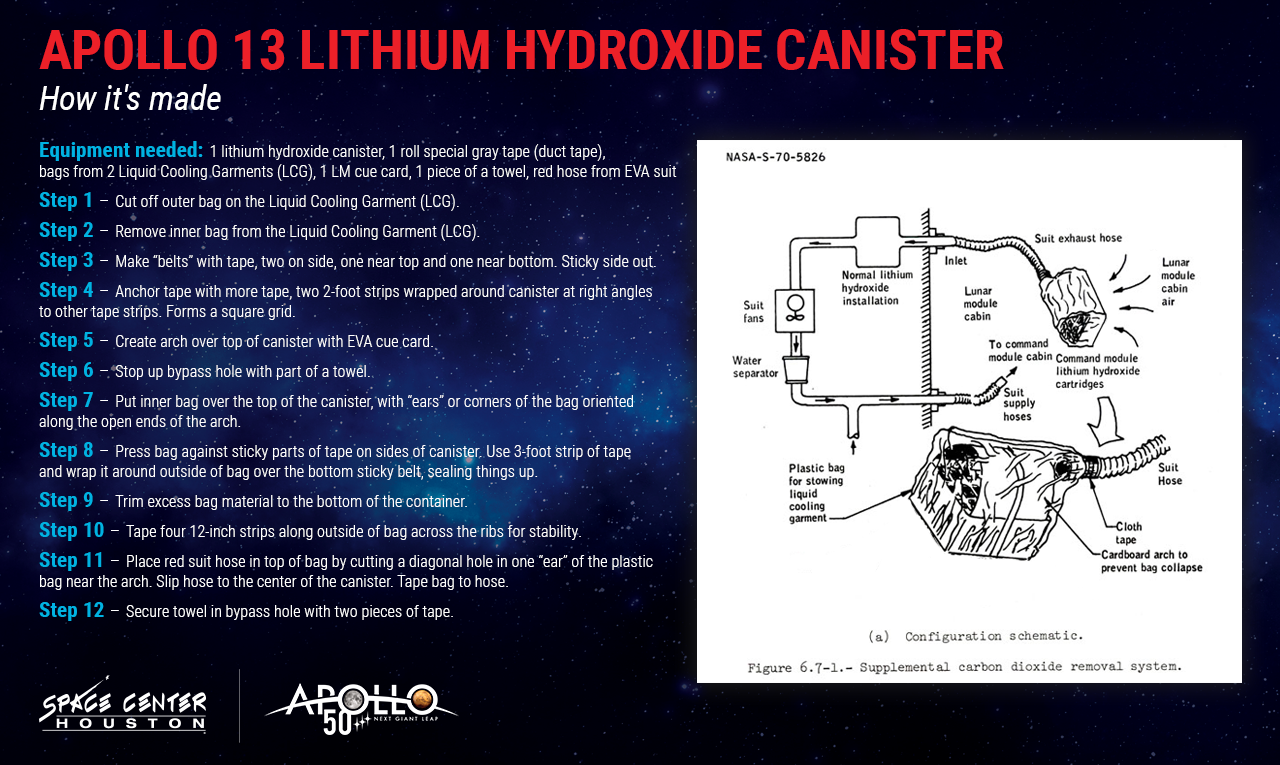