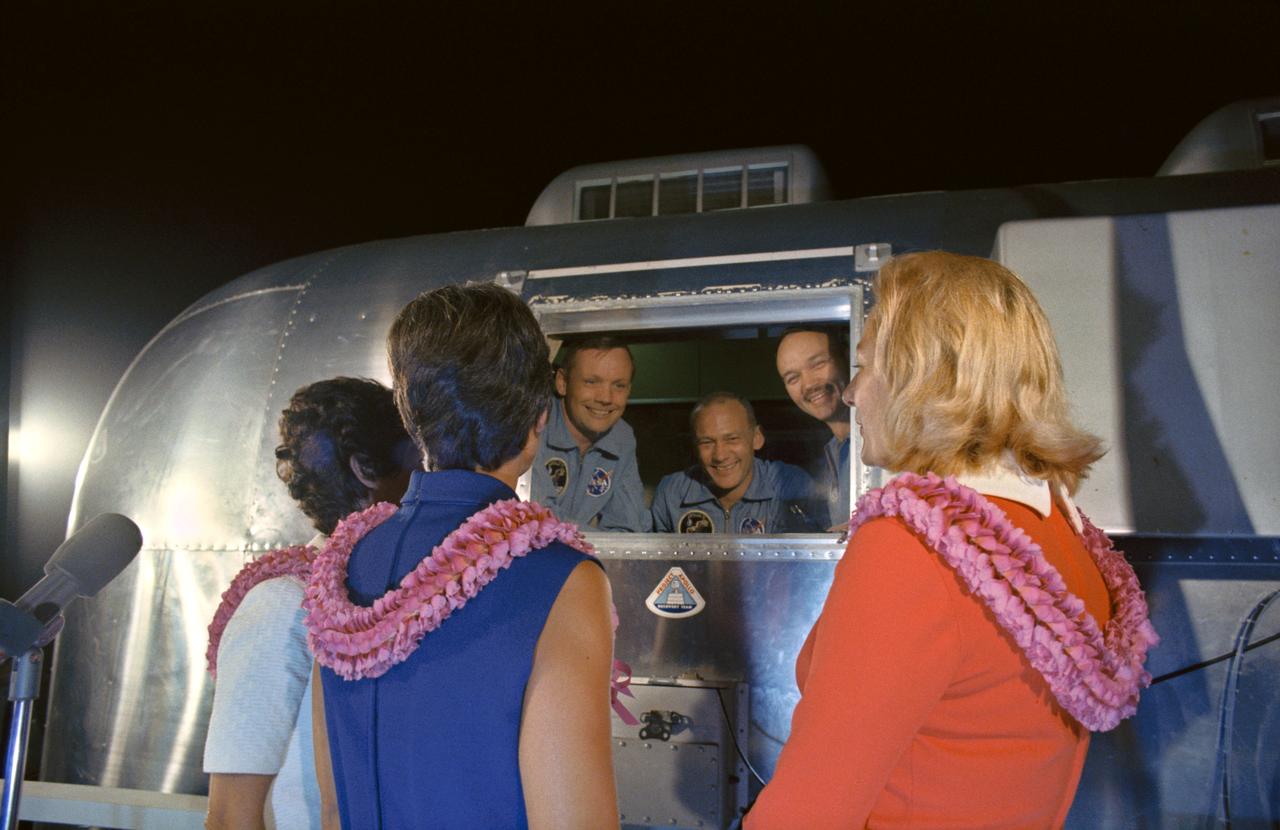 Did you know that Apollo astronaut Neil Armstrong celebrated his 39th birthday in quarantine after returning from the historic Apollo 11 mission?

Astronauts on the Apollo 11, 12 and 14 missions were quarantined after returning from the Moon. The quarantine lasted 21 days from the time they were first exposed to lunar material.

The quarantine was imposed from an overabundance of caution in case they had returned from the Moon accompanied by potentially dangerous lunar microorganisms. 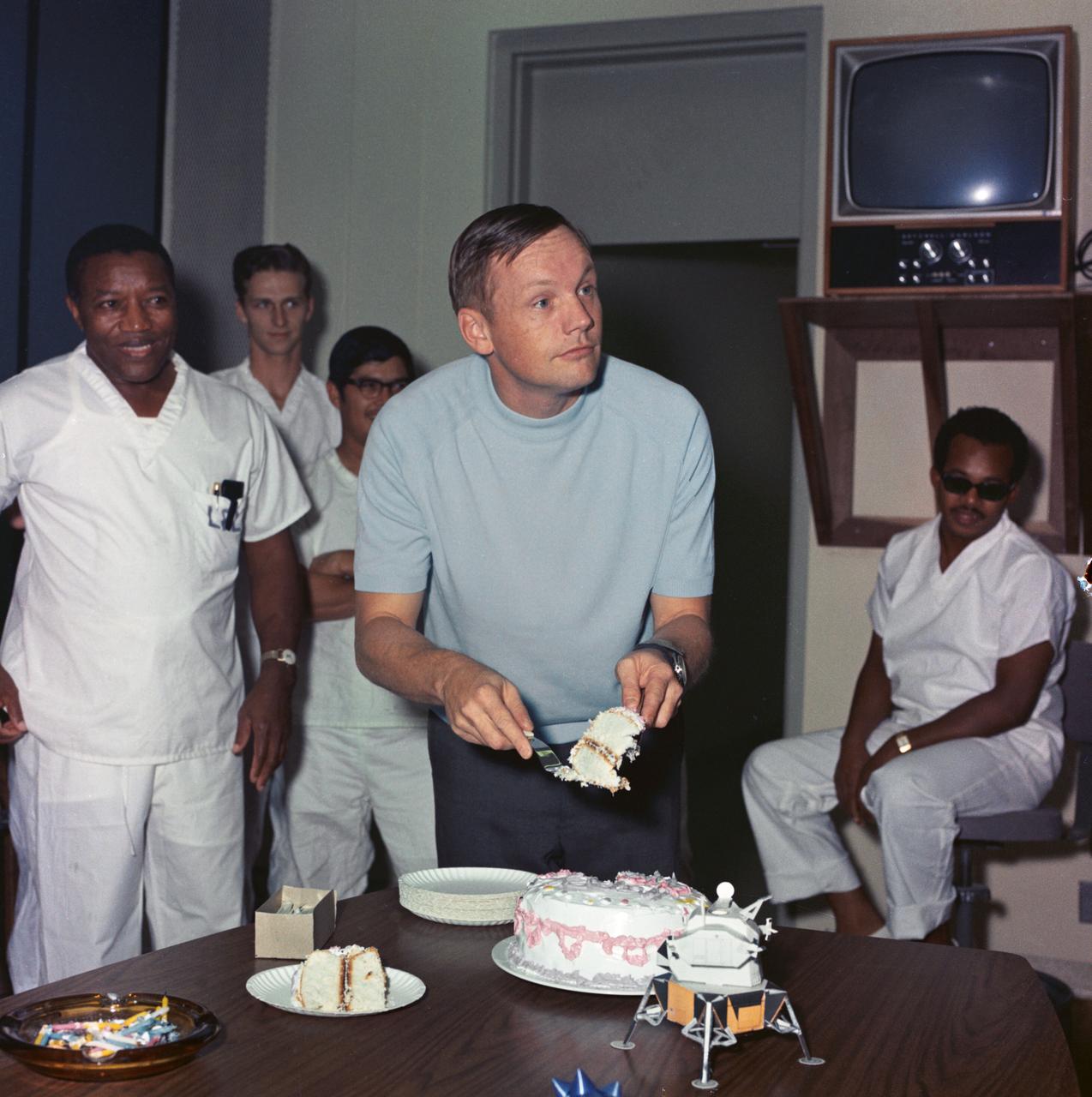 The astronauts were restricted to the Mobile Quarantine Facility (MQF) and to the Lunar Receiving Laboratory (LRL) in Building 37 at NASA Johnson Space Center.

As soon as the astronauts landed, they had to put on Biological Isolation Garments. These suits were designed to prevent the spread of any alien organisms the astronauts might have acquired during their Moon mission.

The astronauts had to wear the garment until they were safely inside the MQF aboard the recovery aircraft carrier, the USS Hornet.

When Space Center Houston reopens, you can see the Biological Isolation Garment Micheal Collins wore after returning to the Moon after the Apollo 11 mission in Astronaut Gallery.

NASA developed the MQF from a converted Airstream, which was essentially a highly modified, wheelless, 35-foot vacation trailer equipped with elaborate air ventilation and filtration systems.

It contained sleeping quarters, a kitchen, and a bathroom. The astronauts remained in the MQF for the duration of their journey to Houston, which was a long voyage.

From the USS Hornet, the MQF was transported to the Pearl Harbor Naval Base in Hawaii, and from there to nearby Hickam Air Force Base. At Hickam, the MQF was loaded into the cargo hold of a c-141 aircraft and flow to Ellington Air Force Base. With the astronauts still on board, it was then transported to the NASA LRL where there were more spacious quarantine facilities. 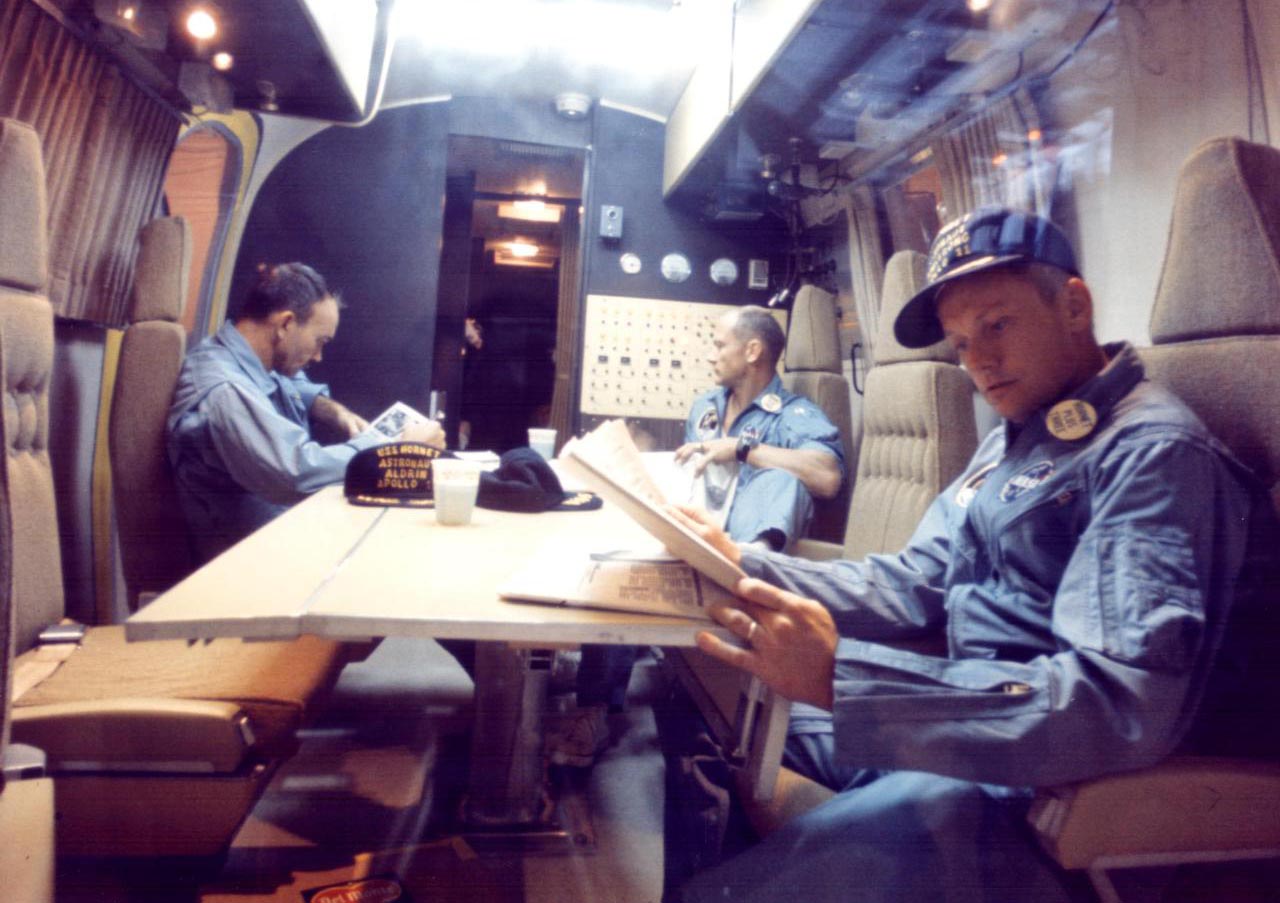 Despite the quarantine, the astronauts still had a job to do and a life to live.

Their primary postflight activities and debriefs of their mission with management were conducted from inside a glass-walled conference room in the LRL to maintain their biological isolation.

During their time in the LRL, they also celebrated Armstrong’s 39th birthday with a surprise party. Watch a clip of the celebration below.

Their spacecraft, the Apollo 11 Command Module Columbia, and the 49 pounds of lunar samples they brought back were quarantined as well.

Scientists in the LRL began testing the lunar material for the presence of any potentially harmful toxins or microorganisms. Samples from the two core tubes and from the documented samples were introduced to a variety of living organisms, none of which showed any abnormalities.

After 21 days of health checkups and scientific testing, experts determined that neither the astronauts nor the lunar samples showed signs of infections with lunar organisms.

The astronauts were released and the samples were sent to 142 principal investigators chosen by NASA from the United States and eight other nations for more in-depth studies.