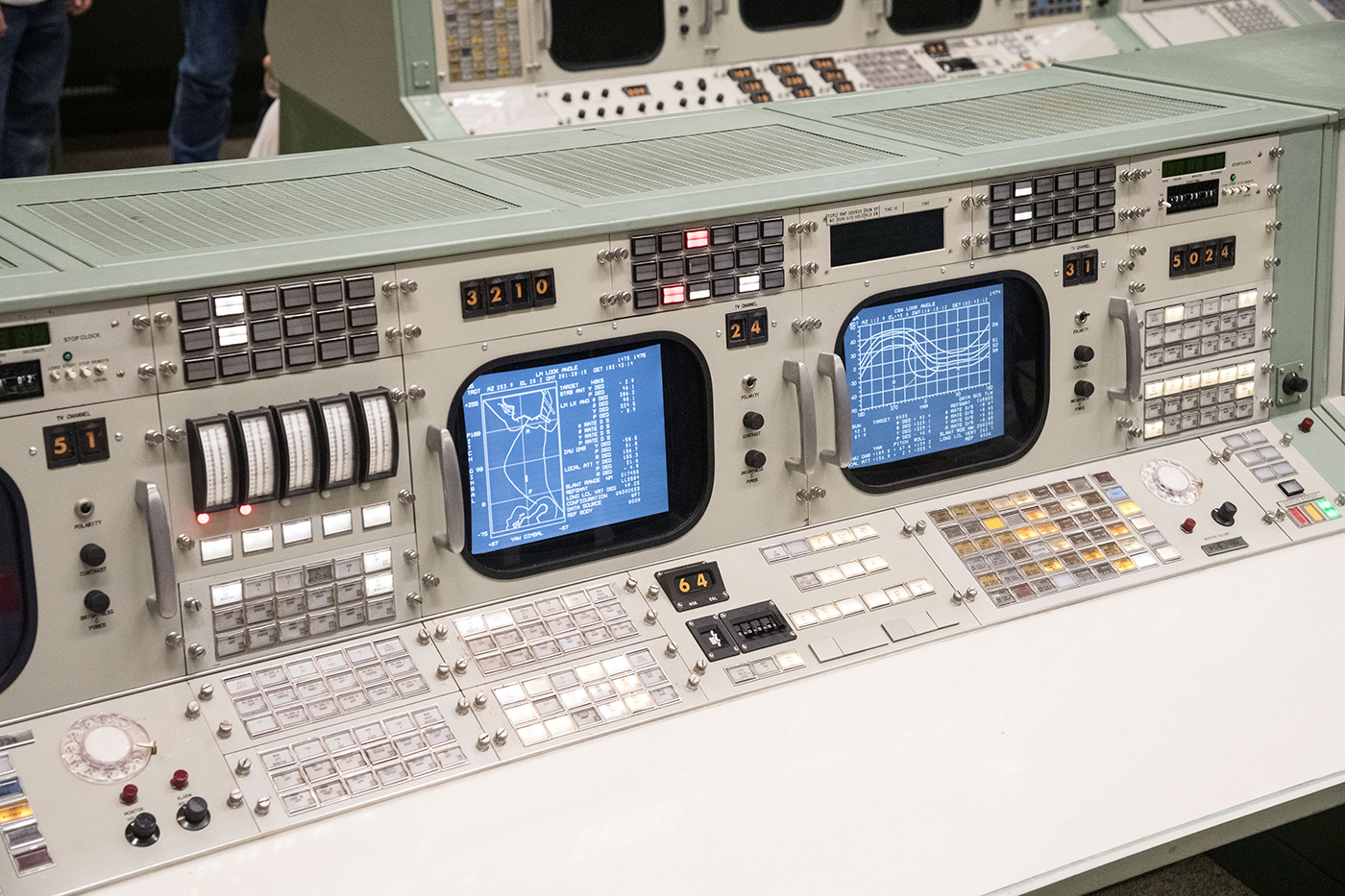 A community of backers from around the world joined Space Center Houston and the City of Webster to help restore the Apollo Mission Control Center at NASA Johnson Space Center and preserve the legacy of the Apollo Program just in time for the 50th anniversary of the Apollo 11 mission.

Space Center Houston Director of Exhibits Paul Spana shared some of the most interesting and rewarding aspects of the restoration project. The newly restored Apollo Mission Control is touring beginning July 1. See it for yourself this summer! Click here to learn more about the restoration.

Q: What is the biggest change guests will notice?

A: Instead of a lifeless and sterile room, guests will now see the room alive as it looked on July 20, 1969 with operating monitors at each of the consoles complete with lit buttons. The idea is for the room to look exactly as it did when Apollo 11 landed on the Moon. The five large screens across the front of the room will come alive with the same images seen on them 50 years ago.

Q: What are some details guests may not realize?

A: Guests may not be aware that all of the carpet, paint and wallpaper have been returned to the original finishes used in the 1960s. The new wallpaper in the viewing room was recreated using the original roller that gives it its texture. The roller is still owned by the wallpaper company that created the wall paper 50 years ago.

Additionally, after each mission, the mission plaque was moved from one side of the room and mounted permanently on the opposite side. After all of the lunar missions of Apollo, the room then managed 21 shuttle missions. Since the room is being set back in time to the way it looked in July 1969, the later mission plaques and other framed objects would not have been there. These plaques and other items will remain as part of the room, but have been moved to the back corner out of sight to the guests.

Q: How have the consoles changed?

A: Subtle changes were made to each of the consoles for each Apollo mission and then later for the shuttle missions as missions differed and technology changed. Each console is made up of different control panels and monitors. The control panels could be moved around as needed.

With the restoration of the flight control room, all of the control panels will be returned to the correct configuration used during the Apollo era. This includes using the correct style switches, dials and knobs that had been replaced during shuttle. During the shuttle program, all of the monitors were replaced with updated hardware. The main difference was the bezel or frame around the monitor. The correct Apollo era frames were recreated to replace all of the shuttle era frames.

Q: What was the most challenging aspect of the restoration?

A: The restoration team was lucky to find original samples of the carpet, wallpaper and paint when disassembling the flight control room. Recreating these finishes for the original look of the control room was pretty straight forward. However, the most challenging work was recreating much of the information found on the console monitors and the five large screens in the front of the room.

Q: What was the most rewarding aspect of the restoration?

A: A lot of research, interviews, discussions and detective work went into determining exactly what was on the five large screens during the Apollo 11 mission. It is very rewarding to see the screens lit up with the historically accurate information displayed for the first time since Apollo.

Paul Spana has more than 30 years of museum experience and managed the development of the multi-exhibit complex Independence Plaza, the biggest project of the nonprofit Space Center Houston since opening in 1992. Spana develops concepts and designs to create compelling in-house produced exhibits.

He is responsible for the museum’s extensive collection of space artifacts and numerous permanent and traveling hands-on exhibits telling the exciting future and remarkable past of America’s human spaceflight program.