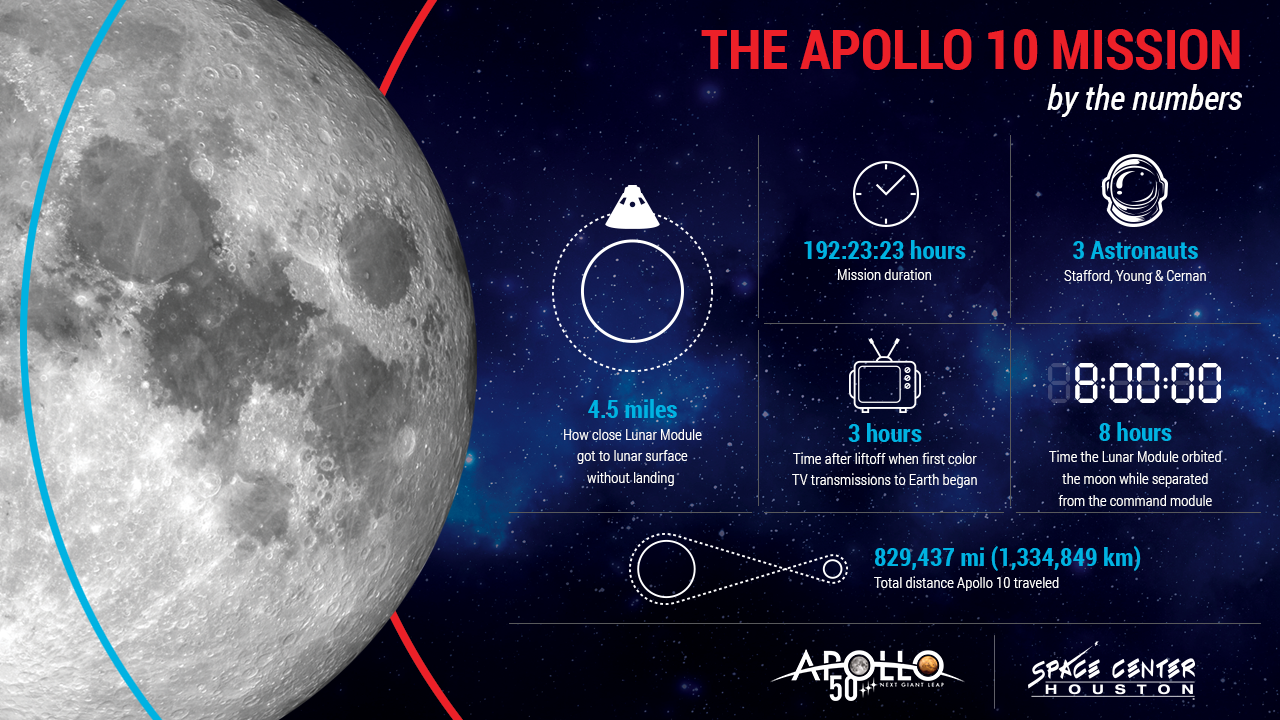 Apollo 10 was the fourth crewed mission in the Apollo Program and the second mission to orbit the Moon.

The mission served as a “dress rehearsal” for the first Moon landing, testing the components and procedures. It encompassed all aspects of an actual crewed lunar landing, except the landing.

Objectives included a scheduled eight-hour lunar orbit of the separated lunar module (LM) and descent to about nine miles off the Moon’s surface before ascending for rendezvous and docking with the command and service module in about a 70-mile circular lunar orbit. Pertinent data to be gathered in this landing rehearsal dealt with the lunar potential, or gravitational effect, to refine the Earth-based crewed spaceflight network tracking techniques, and to check out LM programmed trajectories and radar, and lunar flight control systems. Twelve television transmissions to Earth were planned. All mission objectives were achieved.

More to explore about Apollo 10