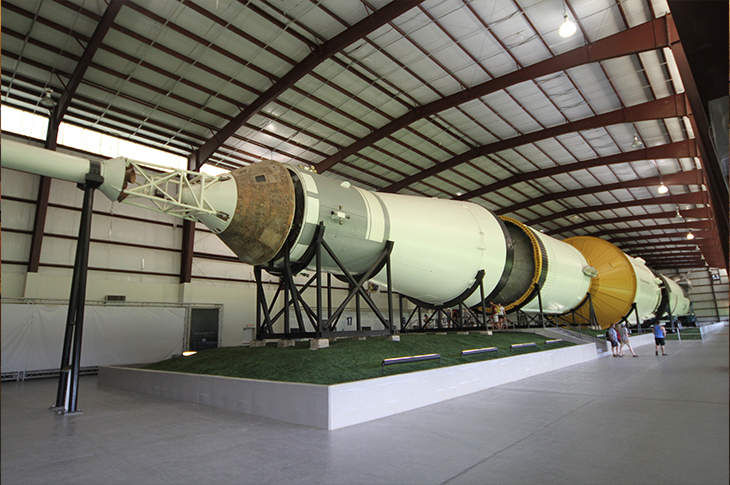 The Saturn V rocket was the fuel that put the Apollo program on the moon. The giant rocket clocked in with the following measurements: 363 feet tall, weighing 6.2 million pounds and generating 34.5 million newtons of thrust.

The most powerful rocket that has ever flown was made up of three stages.

Stage one included five F-1 engines and lifted the rocket off the ground. This is the stage that can be seen firing off the launch pad.

Stage two fired for nine minutes and carried it almost into orbit.

Stage three placed the Apollo spacecraft into Earth orbit and pushed it toward the Moon.

The Saturn V rocket featured in Rocket Park is the only one comprised of all flight-certified hardware. It was put together using components from a few different rockets that went unused after the Apollo program ended. It’s been on display at Rocket Park since Space Center Houston opened.

See this remarkable piece of Apollo era hardware for yourself on our NASA Tram Tour.