Selected as a NASA astronaut in 2009, Lindgren has logged a total of 141 days in space and 15 hours and four minutes across two spacewalks during Expedition 44/45 to the International Space Station (ISS). Learn more about Lindgren with these three fast facts: 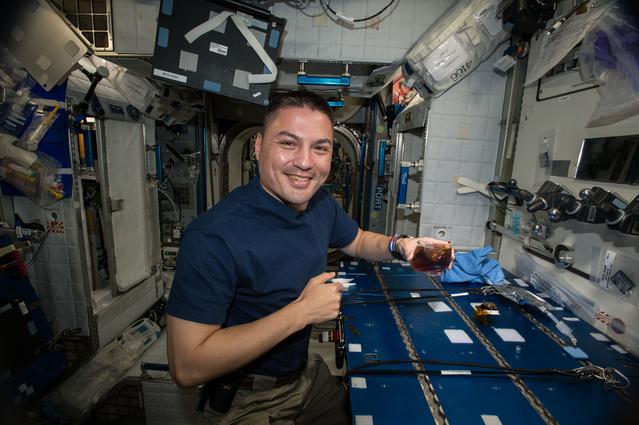 1. He was in space to celebrate 15 years of continuous human presence onboard the ISS.

Lindgren’s first spaceflight, Expedition 44/45, coincided with a historic ISS milestone. He was onboard the floating laboratory to celebrate 15 years of continuous human presence onboard the orbital laboratory.

2. He is interested in photography and shares his space images.

One of Lindgren’s interests is photography, which is evident from his incredible photos he posts on his social media accounts.

Look at a few of these awesome shots from space below!

3. He worked on the “Veggie” lettuce investigation in orbit and was part of the first crew to eat produce grown in space.

Lindgren and his fellow Expedition 44/45 crew members got to take the first bite of space produce on Aug. 10, 2015, when they taste tested the ‘Outredgeous’ red romaine lettuce, one of the first plants grown off-planet.

The astronauts first sanitized the lettuce leaves, then dressed the romaine with olive oil and balsamic vinegar and took the first bite for humankind.

Watch the clip below to see Lindgren and his fellow crew members sample the first space-grown veggie in orbit!

It’s an ‘Outredgeous’ anniversary today- 6yrs ago @NASA_Astronauts ate the 1st food grown & harvested in space. The ability to grow plants in space is essential for food, oxygen & CO2 scrubbing on deep space missions. How was it @StationCDRKelly @Astro_Kjell @Astro_Kimiya? pic.twitter.com/zjdr3VdhGy