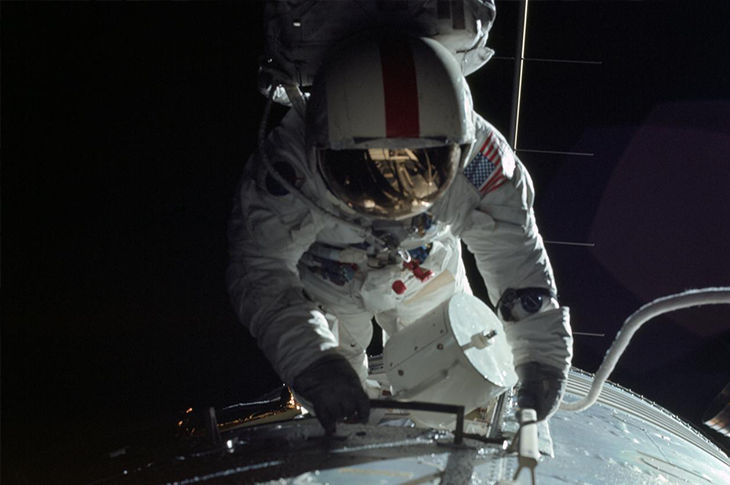 He only flew into space once, but boy did he make it count. Today’s Astronaut Friday post goes out to a truly amazing astronaut, Ronald “Ron” Evans, who we remember for his historic flight aboard Apollo 17, the last crewed mission to the Moon. He spent a career total of 301 hours, 51 minutes in space, which included one spacewalk for 1 hour and 6 minutes on the return to Earth. Upon stepping out into the vastness of deep space, Ron exclaimed, “Hot diggety dog!” which seems to embody his sense of excitement and pioneer spirit. After retiring from NASA in 1977, Evans joined the Western American Energy Corporation. On April 6, 1990, Evans passed away from a heart attack at the age of 56. To honor Ron Evans and remember his historic flight, here are some fun facts about this astronaut and mission you might not know!

Though he never set foot on the lunar surface, he spent more time than any other person in history orbiting the Moon. In total, Evans spent 147 hours and 48 minutes in lunar orbit, smashing previous records.

As command module pilot, Evans remained behind in the capsule “America” solo while his two crewmates, Gene Cernan and Harrison (Jack) Schmitt descended to the lunar surface below in the lunar module “Challenger.” What did he do up there for all that time? He got to work mapping the Moon using advanced cameras and scientific equipment. Evans photographed the lunar surface to document the Moon’s geologic features while his comrades explored the Taurus-Littrow landing site down below.

However, Evans’ new record wasn’t the only record set during the mission. According to NASA, Apollo 17 broke several other records set by previous flights. It was the longest crewed lunar landing flight at 301 hours and 51 minutes. It had the longest lunar extravehicular activities at 22 hours and 4 minutes spent on the lunar surface, and the crew of Apollo 17 returned the largest lunar sample at 115 kg, 249 lbs.

Amid all the excitement and anticipation growing as the launch date drew nearer for the final crewed mission to the Moon, a threat was made against the families of the crew of Apollo 17. Unbeknownst to most, the threat was made by the Black September Organization, a terror group that had caused trouble abroad in Germany during the 1972 Olympics, Evans’ wife Jan mentioned in a NASA interview. According to Space.com, as soon as the crew members were moved to quarantine prior to their flight, the families of Evans, Cernan, and Schmitt had security standing watch all day and night at their home residences. On Dec. 7, 1972, Evans and his crewmates lifted off on the final voyage to the moon, the mission was a go. 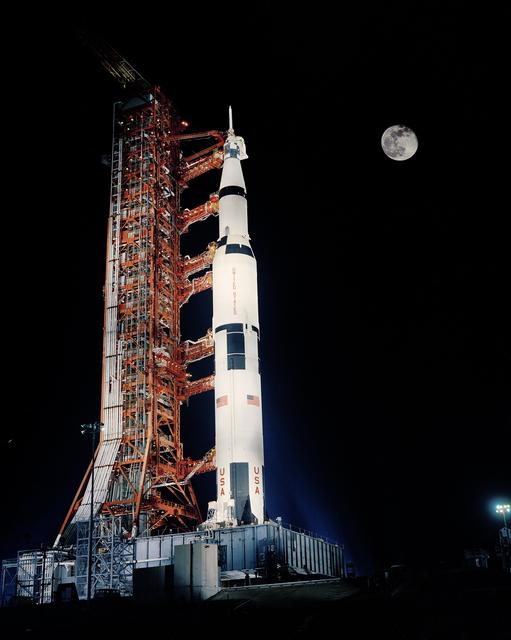 A far less harrowing incident occurred soon after liftoff. Space.com states that it was then that Evans realized he lost his only pair of scissors. This was a crucial mistake, as astronauts needed them to open their food packets. How could he eat in orbit with no scissors? The crew tried looking for the missing tool but could not locate his pair of scissors. So, Cernan and Schmitt left behind one of their pairs of scissors aboard the command module and they descended to the lunar surface with one pair to share amongst themselves.

“We compromised our activities on the surface for the scissors,” Schmitt later jokes. Evans was able to eat and the crisis was averted.

The only other problem Evans encountered with the mission was a smell…his own. As he orbited solo around the Moon, Evans radioed, “Man, I stink! Whew!”

Evans was selected to be an astronaut in 1966 while he was serving in the Vietnam War. He was a prolific pilot who had been flying with the U.S. Navy since he completed his flight training in 1957. His duties included teaching flight combat techniques and landing on aircraft carriers, like the USS Ticonderoga, a carrier Evans served aboard and would see again, with Evans in a much different role. 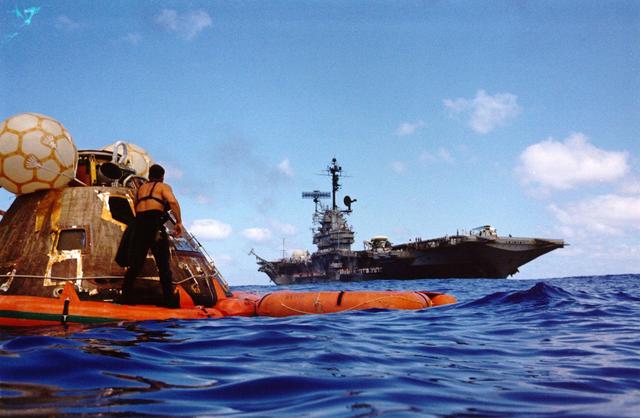 Splashdown of Apollo 17 occurred on Dec. 19, 1972 in the Pacific Ocean. The crew and capsule were soon greeted by the USS Ticonderoga, there to facilitate the recovery efforts. The carrier he once served aboard was now recovering him from a command module that had just traveled to the Moon and back. Turns out that it’s a small world after all.

A bittersweet ending but a big Texas welcome

Apollo 17 marked the end of the Apollo Program. It was a bittersweet ending for the crew of Apollo 17, including Evans. The mission was a success but it signaled the last crewed voyage to deep space for the foreseeable future.

But when Evans and his crewmates returned home to Houston, a celebratory crowd awaited their hometown heroes. People were on horseback with flags, kids had red, white and blue streamers on their bikes, and the entire community showed up to welcome home Evans and the crew of Apollo 17. Jan Evans recalls the spectacle saying, “Everybody felt a part of this program and a part of this community. They were proud.”

It may have been the end of a remarkable era, but it was also the dawn of a new age in spaceflight.

Relive part of the historic Apollo 17 mission with this clip which shows Evans’ spacewalk and details some of his lunar observations.