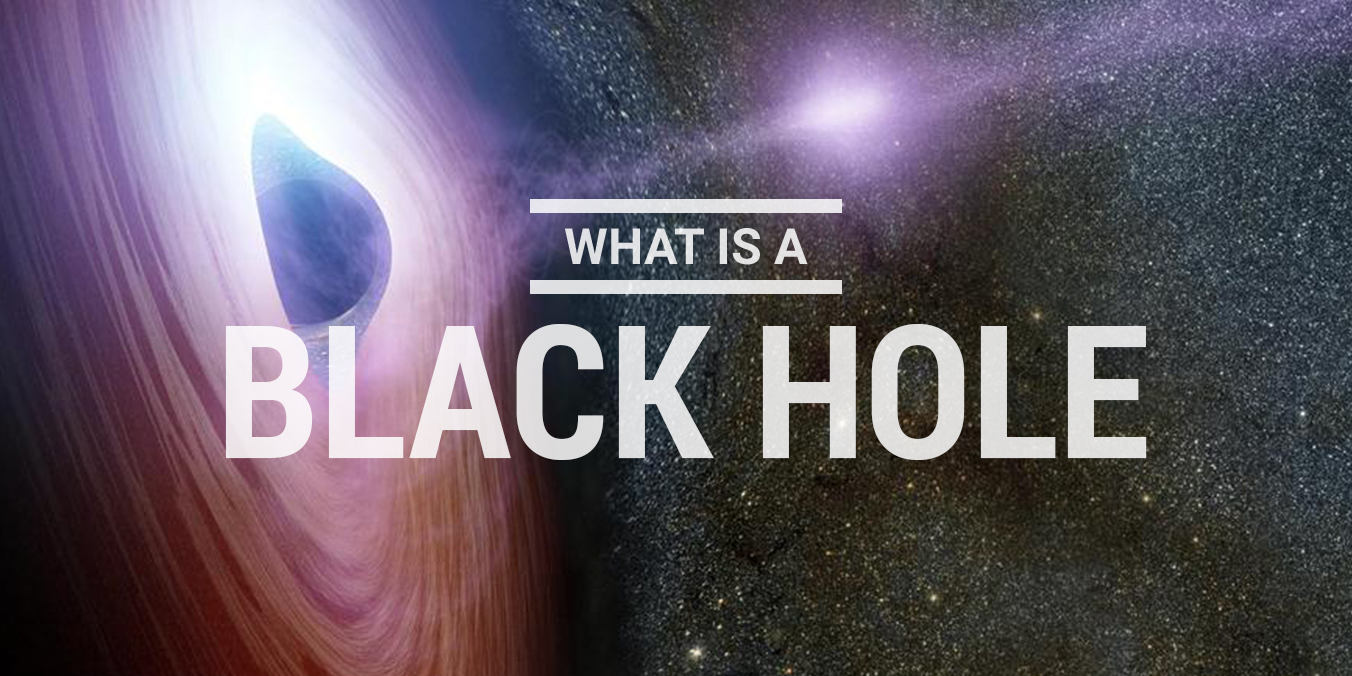 Though the center is temporarily closed, we are still passionate about sharing science and space exploration. In this series, we’ll take a quick tour through a science or space topic. Today we are exploring black holes.

Black holes have held our attention since their existence was first mathematically predicted by Albert Einstein’s General Theory of Relativity in 1915.

Long before our first sighting of these mysteries, they appeared in science fiction with perhaps one of the first film references in 1966 in Star Trek’s The Naked Time. In this early episode the Starship Enterprise encounters a Black Star and travels back in time three days. John Archibold Wheeler later coined the term “Black Hole” in 1967.

What is a black hole?

The most common way black holes form is from stellar death, when a large star, about 8-10 times the mass of our sun or 8-10 solar masses, reaches the end of its cycle. Inside a star, gravity pulls matter closer together while the nuclear fusion of hydrogen, the star’s fuel, radiates heat and pressure and pushes outward. Once the fuel supply is exhausted, the star implodes causing the outer shell to explode in a supernova.

What happens next depends on the size of the remaining core. If the remaining core of the star is less than 3 solar masses, gravity compresses the electrons and protons forming neutrons. The pressure of neutrons in contact with each other counteracts the force of gravity. The core, now stable and composed primarily of neutrons forms a neutron star.

If the core is greater than 3 solar masses, not even the neutron pressure can counteract the force of gravity and the remaining material will continue to contract and collapse on itself. All of the mass is condensed down into an incredibly small and dense point – the singularity.

The force of gravity is so strong that not even light can escape. The boundary of the black hole is the event horizon. This artist’s impression depicts a rapidly spinning supermassive black hole surrounded by an accretion disc. This thin disc of rotating material consists of the leftovers of a Sun-like star which was ripped apart by the tidal forces of the black hole. Shocks in the colliding debris as well as heat generated in accretion led to a burst of light, resembling a supernova explosion. Credit: ESO, ESA/Hubble, M. Kornmesser/N. Bartmann

Can you see a black hole?

Although we cannot see the black hole, we can see the gas around it and observe the effects it has on mass and light. As predicted by Einstein, the immense mass and thus gravity of the black hole warps spacetime itself. Until recently, we could only observe this warping of light and gasses near a black hole, but not at its boundaries.

This changed Just a year ago, when the Event Horizon Telescope (ETH) array gave us our first image of the supermassive black hole located in galaxy M87, 53 million light years away. The ETH array is a collaboration of radio telescopes around the world synchronized to function as one virtual massive radio dish to provide a resolution power 4000 times greater than the Hubble Space Telescope. Data from the ETH estimates that the supermassive black hole is about 6.5 billion solar masses with a diameter of 24 billion miles (38 billion kilometers).

Whether a black star, frozen star or black hole, these bodies still provoke questions, controversy and speculation and remain the fascination of both science and science fiction.

Are their event horizon boundaries “smooth” or “hairy” and surrounded by a ring of fire? Is information entering a black hole lost forever or can it still exist?

It is an exciting time for black hole research. Recent findings have begun to offer us answers via computer modeling and the production of acoustic or “dumb holes” which hope to finally corroborate Hawking radiation, proposed by Stephen Hawking in 1974.

The ETH has since added four additional telescopes, expanding to eight observatories and planning further observations for the spring of 2021. Together with other ground and space-based telescopes, scientists will continue to examine the questions of relativity and unravel the secrets of the universe.