Did you know that NASA’s robot astronaut uses two cameras that measure light in order to see its surroundings?

NASA engineers built a humanoid robot called Valkyrie or Robonaut 5 (R5) to assist in a crewed mission to the Moon or Mars. R5 could assemble equipment before astronauts arrive, and do the maintenance or repairs after the crew arrives.

R5 uses cameras, sensors, lots of motors, and two computers to move around it’s surroundings like a human. The robot can also be controlled by remote control. 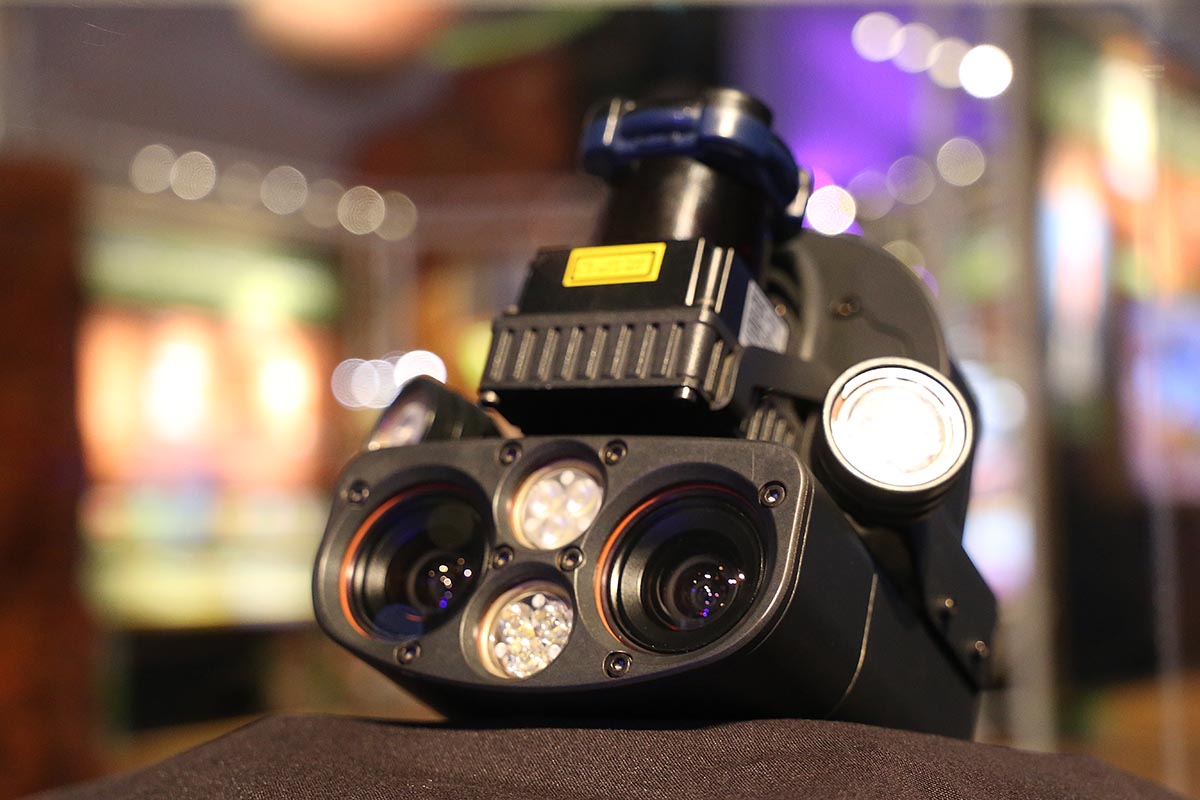 In the head of R5, the robots eyes are composed of a camera system designed by Carnegie Robotics that provides most of the imaging data used for teleoperation as well as automated control.

R5 sees through two cameras and a laser lidar imaging system. Lidar is similar to radar and uses light instead of radio waves to scan an area in three dimensions. It is used in self-driving cars and to make high-resolution maps.

The system is composed of a high resolution, high data-rate, and high accuracy 3-D range sensory with laser, 3-D stereo, and video.

Having a pair of cameras rather than just one provides depth perception for a better understanding of the area in which the robot is working.

You can see the R5 camera system in our fall exhibit Playing with Light on display now through Jan. 1.