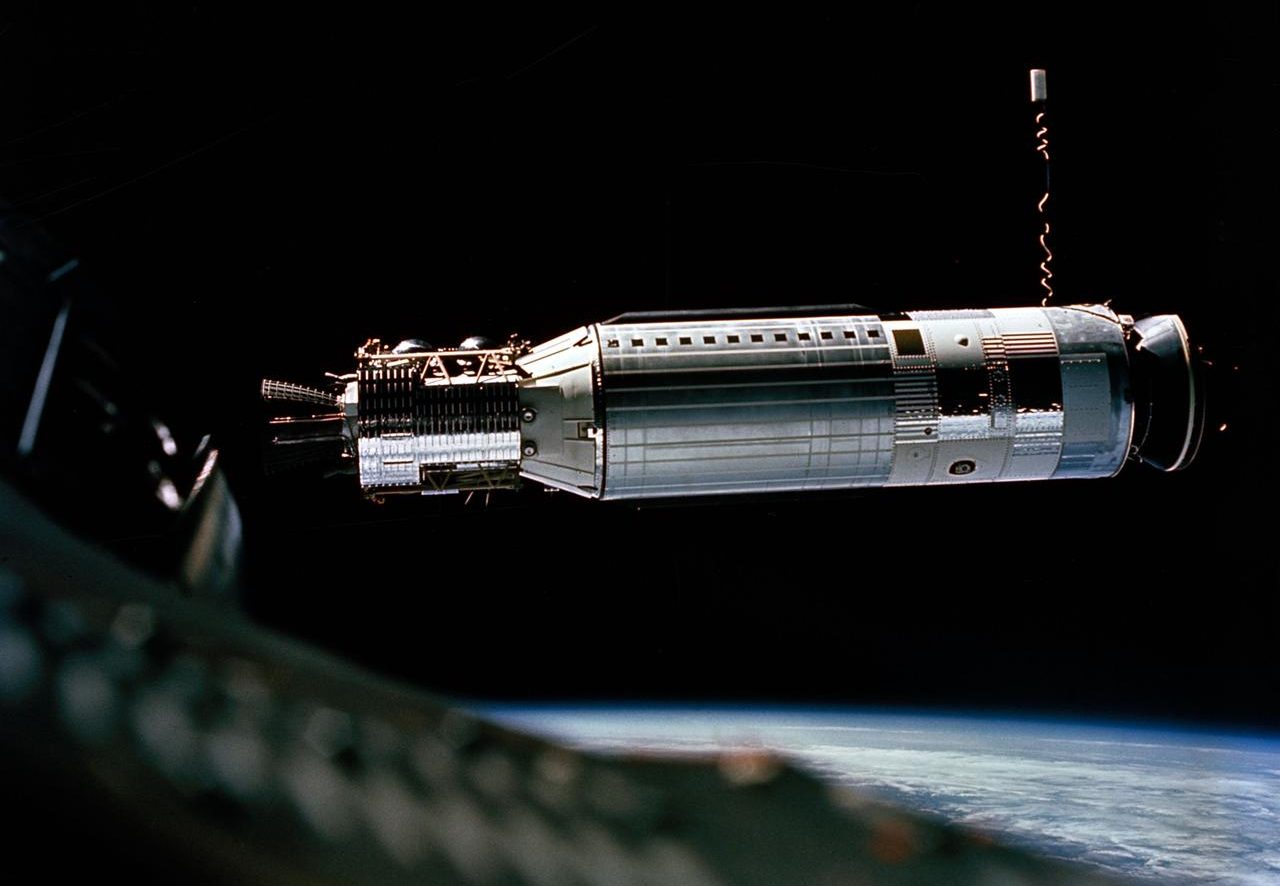 On this day in 1966, Neil Armstrong and David Scott made history when they successfully docked Gemini 8 with the Agena target vehicle in space. This marked the first docking with an uncrewed spacecraft in Earth orbit.

Nestled in between NASA’s Mercury and Apollo programs, Gemini (1965-1966) focused on testing spaceflight systems and preparing humans for deep space travel to the Moon. The Gemini program was suitably named after the constellation, whose name in Greek means “Twins.” 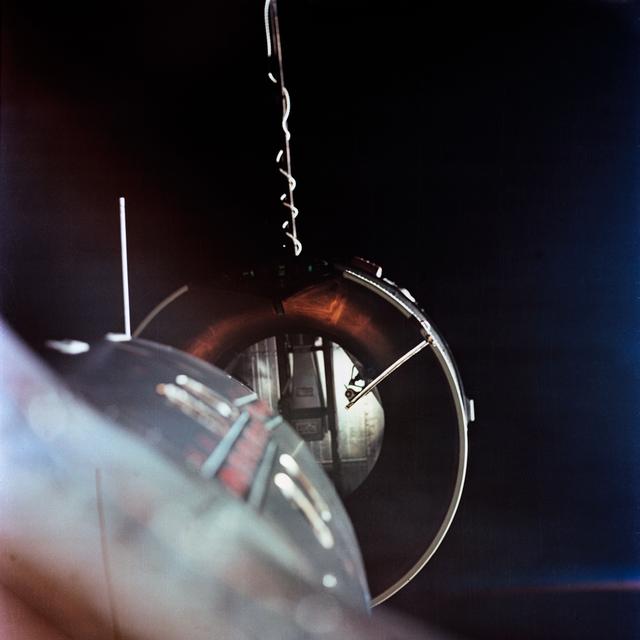 Although Gemini capsules weighed nearly two times their Mercury counterparts, they offered only slightly more cabin space in the cramped spacecraft. Gemini 5 astronauts compared the tight quarters to spending “eight days in a garbage can.”

Gemini 8 crew included NASA astronauts Neil Armstrong and David Scott. The primary mission objective was to achieve the first orbital docking of two spacecraft. Gemini 8 would dock with the uncrewed Agena target vehicle, which was launched earlier the same day.

Roughly six hours after Gemini 8 launched, Armstrong and Scott connected with the Agena.

The mission proved eventful. Shortly after docking, the Gemini capsule and target vehicle began to buck. The crew was forced to undock after 30 minutes due to a problem with the spacecraft control system.

The capsule began to roll wildly as soon as they disengaged from the target vehicle. The astronauts became disoriented and nearly passed out from the constant rolling of the capsule.

The crew finally regained control of the capsule by switching over to the reentry control system. This action prompted an emergency landing in accordance with mission rules. Armstrong and Scott splashed down in the Pacific and awaited recovery by the U.S.S. Leonard F. Mason for three hours in rough seas. What was supposed to be a three day mission, was over in less than 12 hours.

In the “Chasing the Moon” clip below, Gemini 8 crew fights to regain control of their capsule in what came to be known as the “first emergency in space.”

You can see a reimagining of the first orbital docking between the Gemini 8 capsule and the Agena target vehicle in the 2018 film, “First Man.” 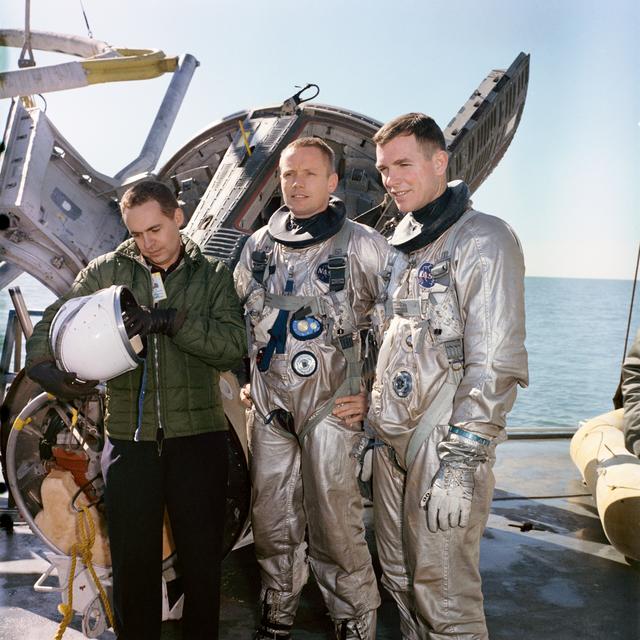 Despite the emergency, the crew of Gemini 8 still accomplished their primary objective to perform the first docking with an uncrewed spacecraft.

It was not able to achieve its secondary objectives due to early termination of the flight. However, the crew’s quick thinking and ability to keep calm under pressure helped ensure their safe return home.

David Scott flew two more missions following Gemini 8, including Apollo 9, the first Earth orbital qualification test for the Apollo spacecraft, and Apollo 15, the first extended scientific exploration of the Moon. Armstrong became the first person to walk on the lunar surface as spacecraft commander of Apollo 11 three years after the Gemini 8 mission.