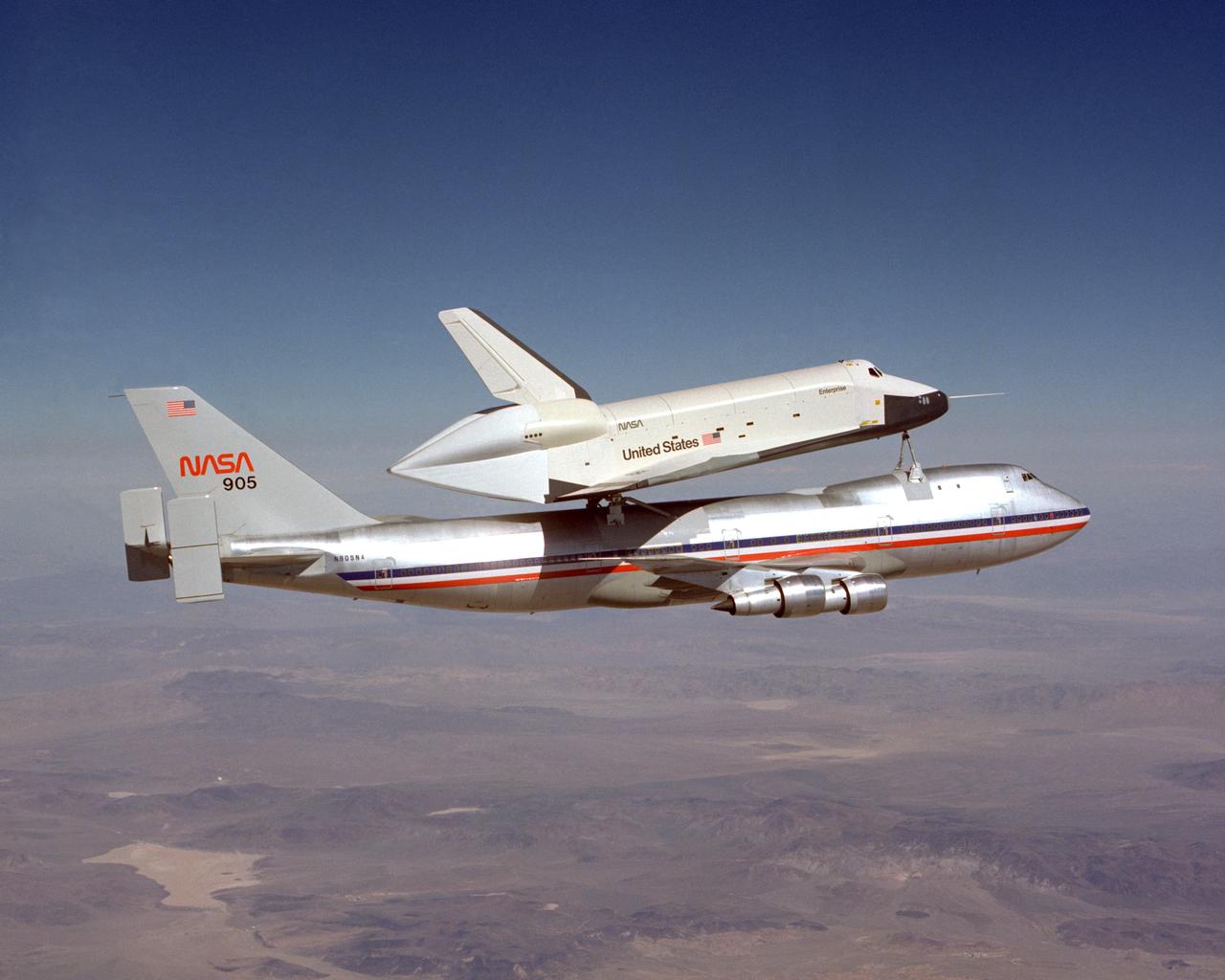 It had no engines. It had no heat shield. But because of it, NASA was able to go where no one had gone before…reusably.

The first orbiter of the Space Shuttle Program made its first flight on Feb. 18, 1977. It was a proof of concept for the previously radical plan to make a spacecraft that could be launched and landed multiple times, carrying astronauts back into microgravity over and over.

The Enterprise was never meant to fly in space. It was necessary, though, to test many of the new systems NASA engineers developed specifically for this undiscovered country of exploration.

It did not have a thermal protection system, it had simulated tiles made of polyurethane. It had fiberglass body panels instead of the carbon-fiber ones used on the spaceflight-worthy orbiters.

But, Enterprise was designed to fly on top of the modified Boeing 747, NASA 905. This Shuttle Carrier Aircraft (SCA) was a necessary component in the reusable spacecraft concept, as the orbiters had to be returned to Florida for launch some way.

By making them gliders that could fit on top of a 747, NASA could have them glide back through the Earth’s atmosphere and then piggyback them back to Kennedy Space Center.

NASA does love its acronyms, so each of the Enterprise tests earned its own designation, Approach and Landing Tests (ALT). 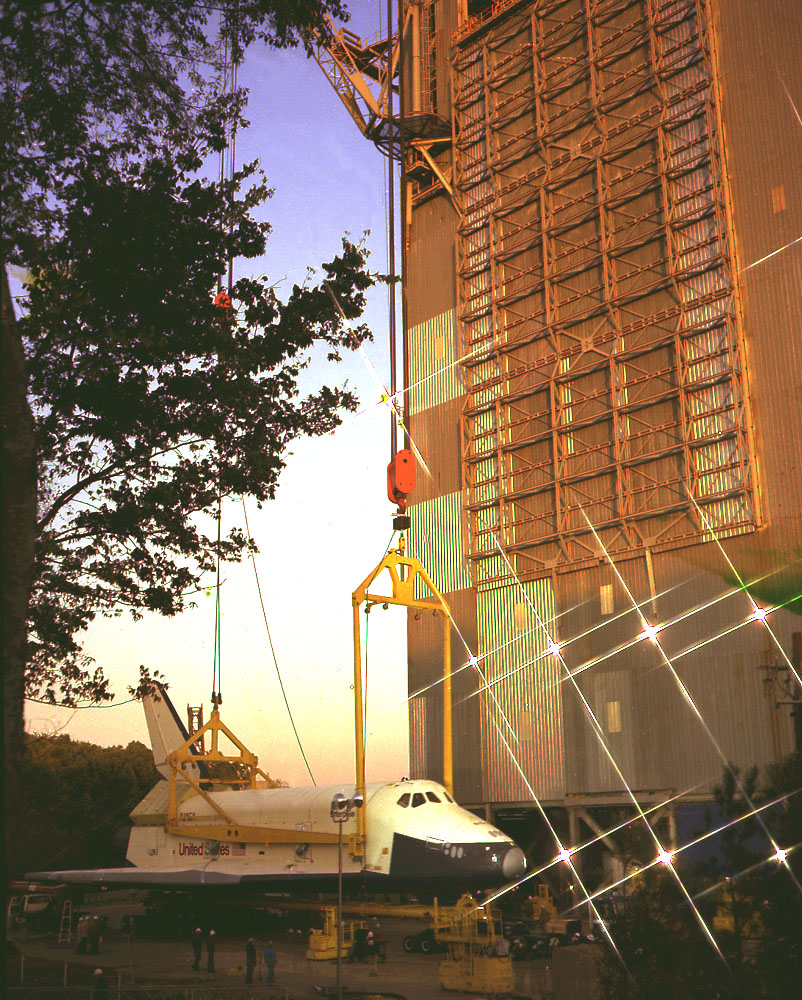 This test was considered “inert,” meaning the orbiter was powered down and uncrewed. Four more inert tests were taken with gradually higher speed, more altitude and longer durations before the first crewed, active flight on June 18, 1977.

In all, the Enterprise undertook 16 ALT missions between Feb. 15 and Oct. 26, 1977. After this, Enterprise was tested more structurally at two other NASA facilities, including a fit check at the launch facilities at Kennedy Space Center.

Originally, the Enterprise was going to be retrofitted to become capable of spaceflight. However, design changes to the second orbiter, Columbia, meant that it would be a much more extensive process than originally expected. Because of that, Enterprise was retired in October 1979 and partially disassembled.

Without these missions, though, the Space Shuttle Program would never have been able to launch two years later with STS-1 on April 12, 1981.

Enterprise may not have flown into space, but it did enable everything from 135 shuttle missions to 20 consecutive years of human habitation of the International Space Station.

Without the shuttle, there would be no ISS.

Without Enterprise, there would be no shuttle.

That’s a pretty good reason to remember the anniversary of the first time the Enterprise took flight.