In this week’s Mission Monday, we are featuring a NASA mission that has provided scientists with nearly 400 Terabits of data about the red planet. The Mars Reconnaissance Orbiter (MRO) has studied the red planet’s atmosphere and terrain from orbit since 2006 and serves as a key data relay station for other Mars missions.

On Aug. 12, 2005, the MRO launched on a mission to study the history of water on Mars. On March 10, 2006, the MRO arrived at the red planet and began its investigation of the martian world, yielding new discoveries and insights about ancient Mars. 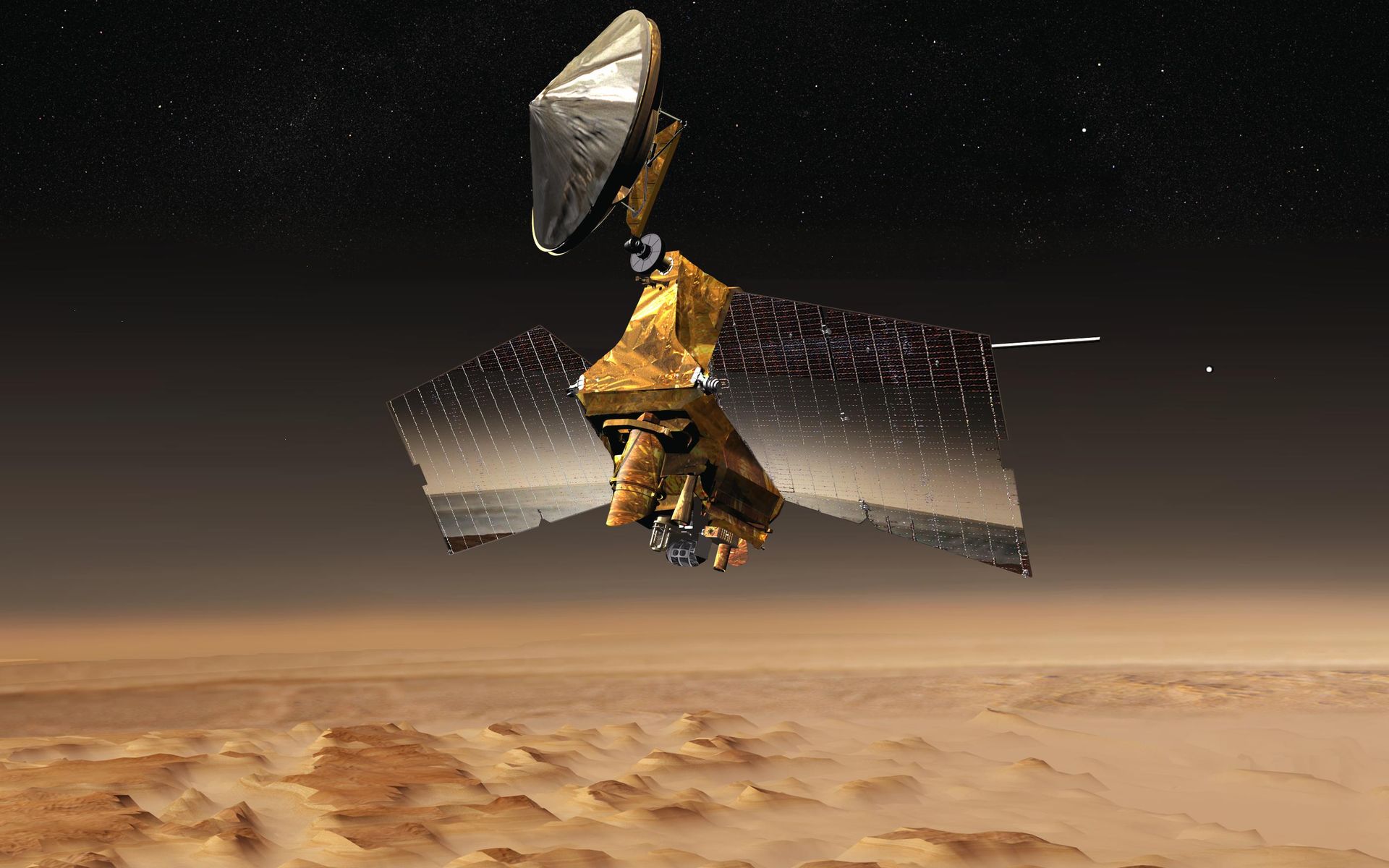 What does the MRO do?

While previous missions had reported that water once flowed across Mars, it wasn’t understood if the water remained on the surface long enough for Mars to have been habitable. Thus, the MRO was sent to Mars to study its atmosphere, terrain, and water.

The mission was the next step in NASA’s Mars Exploration Program and its key objectives were to:

The MRO is equipped with six scientific instruments that have allowed it to complete its primary scientific objectives and continued monitoring through its mission extensions.

One of these instruments is among the largest cameras ever to fly to another planet! It is known as HiRISE and can capture Martian features as small as a kitchen table. This powerful camera has returned thousands of high resolution images which have aided researchers in several important revelations about Mars.

What has the MRO discovered about Mars?

Perhaps one of the most important discoveries made by the MRO is that Mars was once habitable!

“MRO has found evidence of diverse watery environments on ancient Mars, many of them habitable,” reports Rich Zurek, an MRO project scientist.

Watch this short video created by NASA’s Jet Propulsion Laboratory for a brief overview of the MRO’s contributions to the field of Martian exploration and scientific discovery.

Where is the MRO now?

The MRO continues to orbit Mars, functioning as an important communications relay and landing scout for other ongoing missions on the surface of the red planet. It is currently being used to study potential landing sites for human missions to Mars. You can see exactly where the MRO is here.

Learn more about the red planet during your next visit in our Mission Mars exhibit.