Long before the International Space Station and the Shuttle-Mir flights, there was the Apollo-Soyuz Test Project, a trailblazing mission where American astronauts and Russian cosmonauts worked side by side for the first time.

This year, as we celebrate 20 years of continuous human presence on the International Space Station, a feat of international collaboration, it is important to look back at the mission that paved the way. 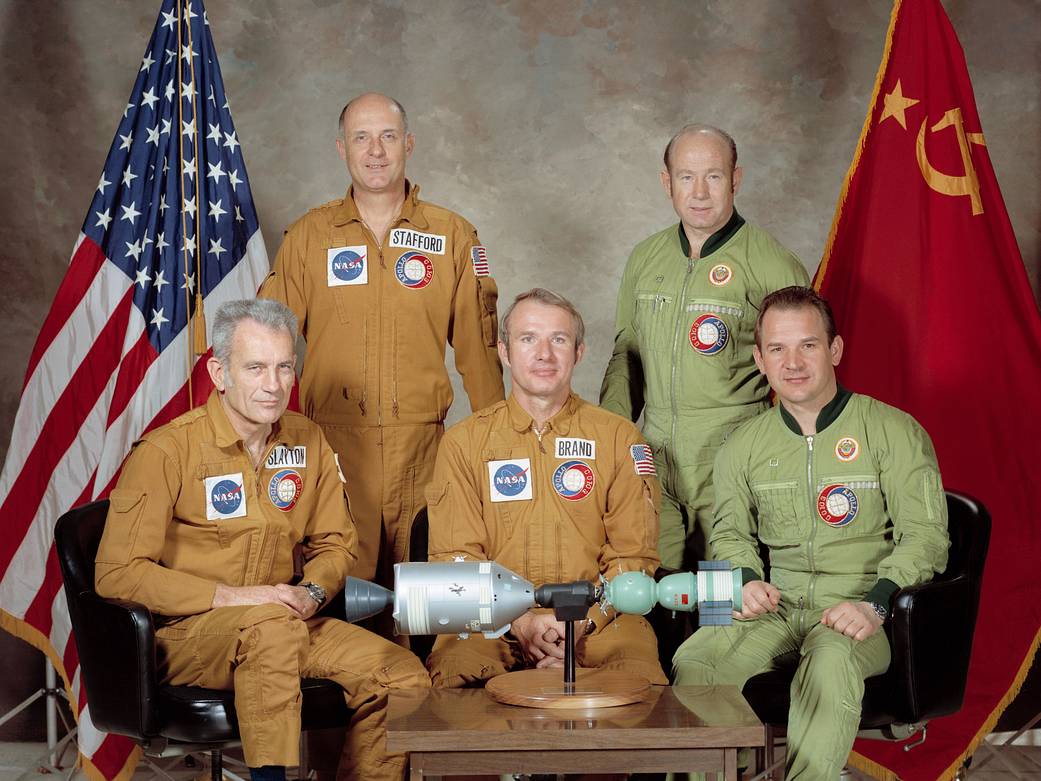 From competition to collaboration

The Space Race made a partnership between America and the Soviet Union unlikely. However, after the United States’ series of successful lunar landings with the Apollo Program, and a cooling of tensions between the two nations, it appeared both were finally ready for a joint mission.

That joint effort was the Apollo-Soyuz Test Project (ASTP). The flight aimed to launch two Russian cosmonauts (Aleksey Leonov and Valeriy Kubasov) in a Soyuz capsule and three Americans (Tom Stafford, Deke Slayton, and Vance Brand) in an Apollo Command and Service Module, to accomplish the first international docking in space.

The ASTP flight was, “designed to test the compatibility of rendezvous and docking systems,” between two different spacecraft, in the event an international space rescue need ever occur.

Everything about the mission, from the design of the docking module to the training and preparation for the flight, was a collaborative effort. Once fierce competitors, the U.S. and Soviet Russia did what many thought might never happen; They worked together to accomplish a great feat in human spaceflight history.

According to NASA, there were some challenges with the collaboration, like a language barrier between the crews. However, this was overcome by each respective crew learning the other’s language. This greatly improved communications between the astronauts and cosmonauts during the mission.

The first of its kind

On July 15, 1975, the final flight of the Apollo program became the first international human spaceflight.

The Soyuz capsule carrying Russian cosmonauts Leonov and Kubasov lifted off first from the Baikonur Cosmodrome. The flight marked the first time a Soviet launch was broadcast on live television, and viewers across the Soviet Union, Europe and America tuned in (including President Ford)! 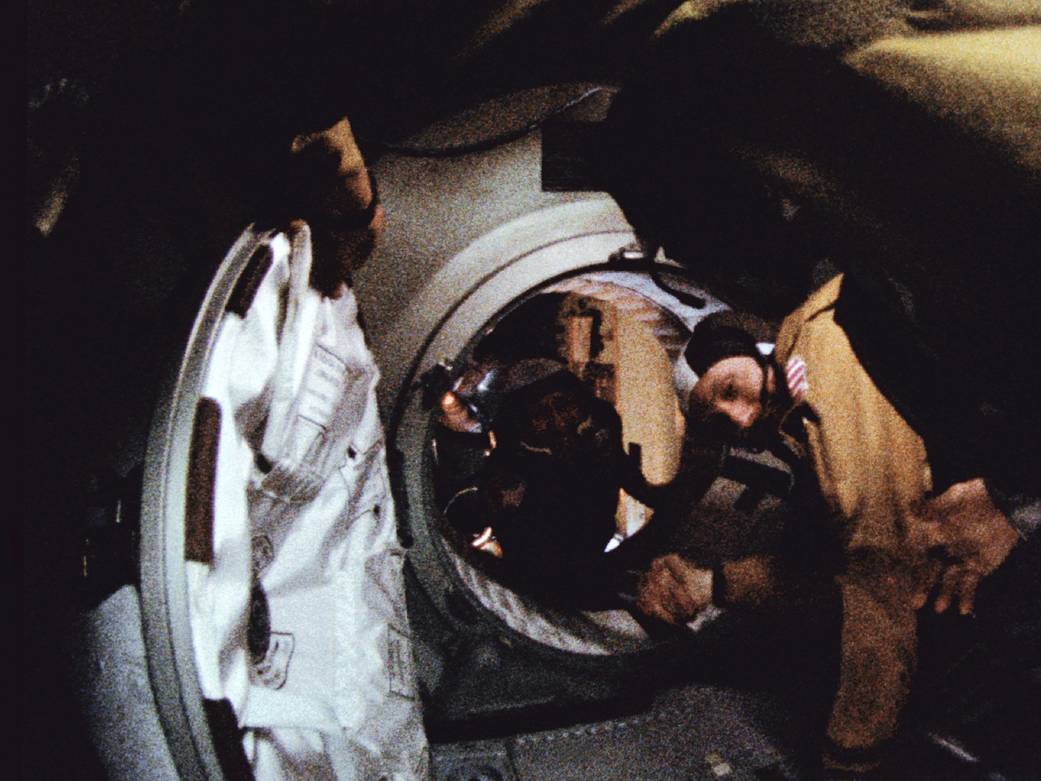 51 hours and 49 minutes into the mission, on July 17, the two spacecraft made first contact. Shortly thereafter, the hatch was opened, and the two crews celebrated the feat with handshakes and the exchanging of ceremonial gifts. According to NASA, Apollo commander Stafford, presented Leonov with five flags for the government and Soviet citizens, and wished that their joint efforts in space would serve, “the benefit of all countries and people on the earth.”

Two nations that were once at war with each other, racing one another to the Moon, were now shaking hands for the good of all humankind.

Following undocking, the Soyuz capsule and its crew of two remained in orbit roughly 30 hours, landing on July 21. The landing was also televised in real time, another first for Soviet viewers.

The Apollo Command and Service Module with its crew of three returned to Earth on July 24. The remainder of their space flight consisted of experiments and Earth observations. Splashdown for the Apollo crew was the last planned ocean landing for American human space flight missions, according to NASA. 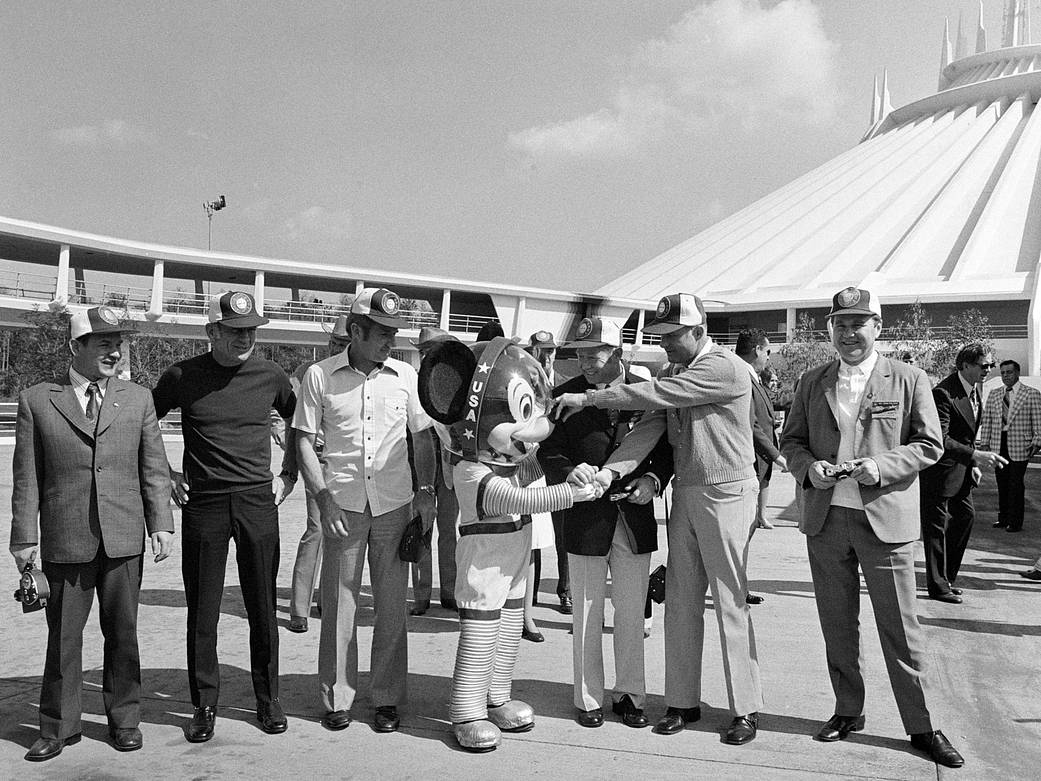 The success that started it all

The story of the nine-day ASTP mission is certainly one of success.

Although it took 20 years for the next international mission to happen, the ASTP paved the way for all other joint efforts in human spaceflight, including the Shuttle-Mir flights and today’s International Space Station expeditions.

For many, it is hard to remember a time when international collaboration wasn’t a cornerstone of human spaceflight. Much of that we owe to the giant leap the crews of the ASTP made back in 1975, for all humankind.