On Sept. 5, 1977, Voyager 1 launched on a decades-long mission to study the outer solar system. Less than two weeks later, Voyager 1 achieved its first milestone – capturing the first image taken by a spacecraft to include both the Earth and Moon in the same frame. 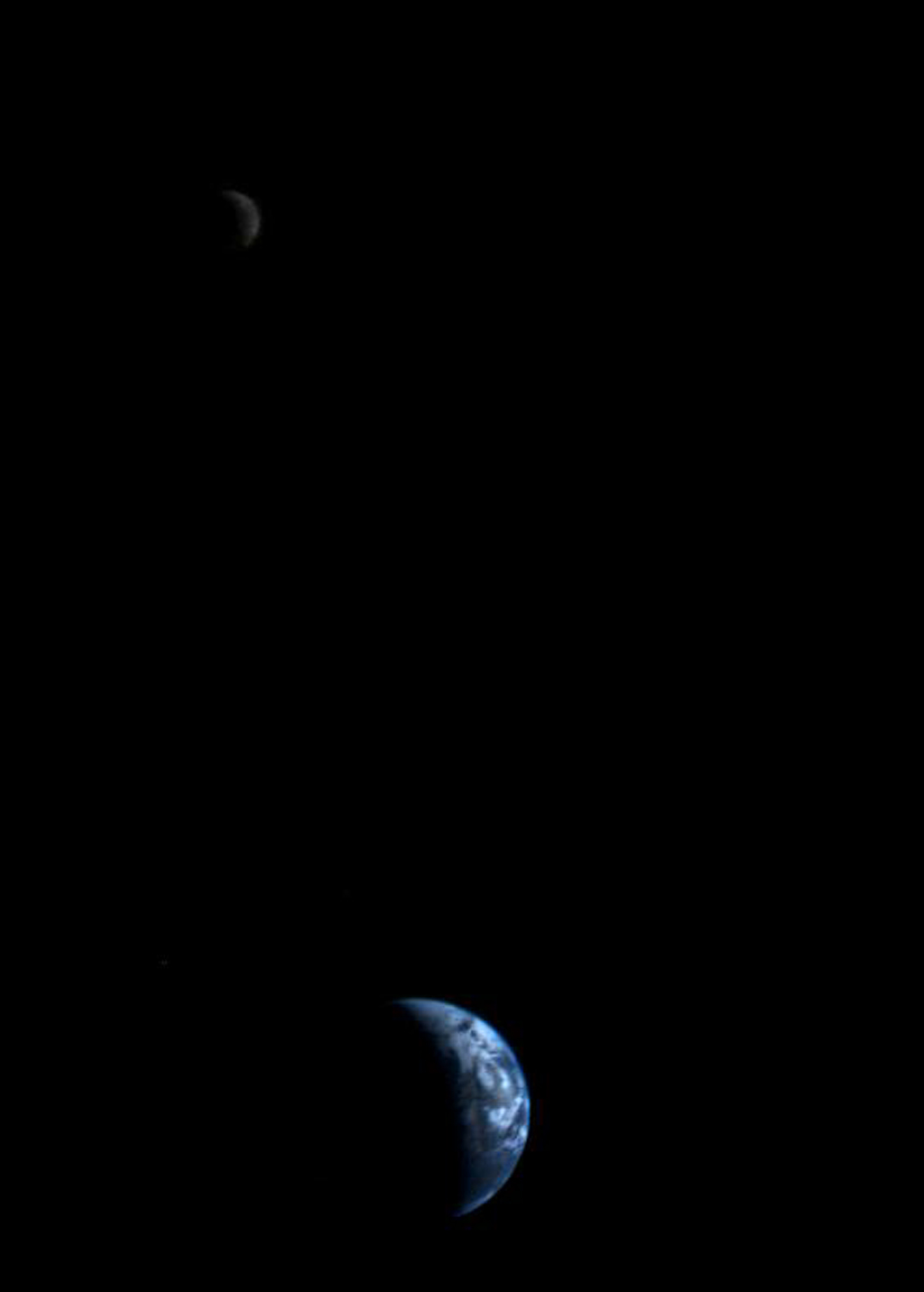 It’s been 43 years since Voyager 1 snapped this striking photograph (see image to the right), 7.25 million miles from Earth.

This first-of-its-kind photo was actually made from three pictures and underwent processing by the Image Processing Lab at NASA’s Jet Propulsion Laboratory in California.

The iconic image was taken while Voyager 1 was en route to Jupiter. The photo provides a look back at the Earth and Moon as the spacecraft traveled further and further into deep space.

This would not be the last “look back” for Voyager 1 either.

On Valentine’s Day in 1990, the spacecraft snapped another notable photograph of the Earth, this time from 3.7 billion away.

That image is known as the “Pale Blue Dot” and it illustrates just how fragile and small our planet is.

In celebration of this historic first, we have compiled some additional fun facts and mission highlights on Voyager 1 for you to explore!

Voyager 1 is a spacecraft that was designed to study the outer solar system. Its initial objectives included a flyby of Jupiter and Saturn.

Voyager 1 performed a flyby of Jupiter on March 5, 1979 and a Saturn flyby on Nov. 12, 1980. Planetary encounters concluded in 1989, and the Voyager missions then shifted to the Voyager Interstellar Mission (VIM), which pushed to explore the outer limits of our solar system and beyond. The new mission began on Jan. 1, 1990.

On Feb. 17, 1998, Voyager 1 overtook Pioneer 10 to become the most distant human-made object, and on Aug. 1, 2012, Voyager 1 entered interstellar space, becoming the first human-made object to do so. According to NASA, no other spacecraft has traveled farther than Voyager 1, and no other spacecraft has flown longer than the Voyager twin space probes. Voyager 1 is also credited with taking the first and only (so far) “family portrait” of our solar system.

What have we learned from Voyager 1? 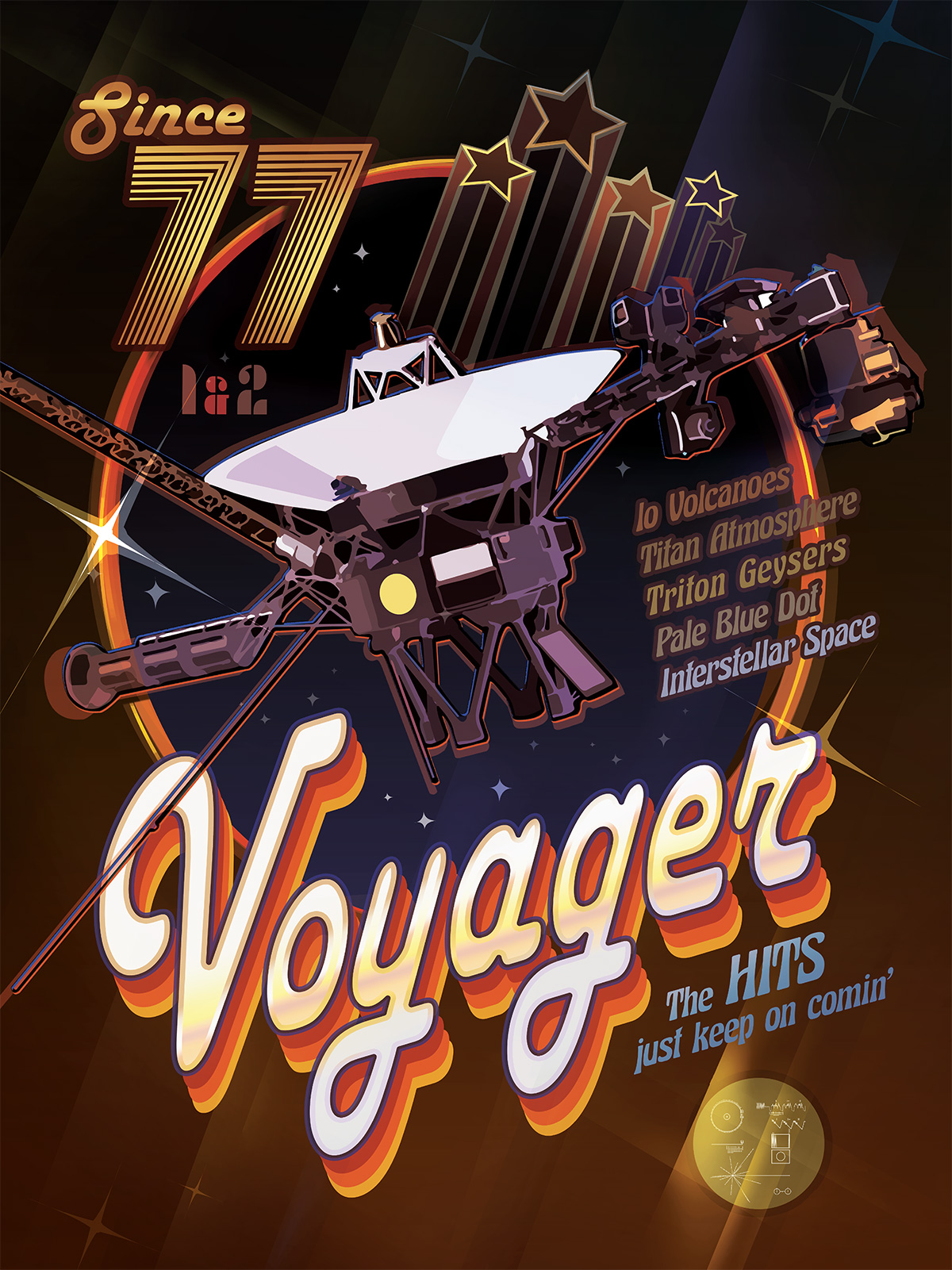 Thanks to Voyager 1, we now know a lot more about our outer solar system! Explore some of the significant findings scientists and researchers have discovered with the data shared by the space probe. Voyager 1:

Fun fact: While Voyager 1 has served as an important space probe to learn about our outer solar system, it may also help other potential civilizations in the universe learn about the Earth.

Onboard Voyager 1 is the “Golden Record”, a 12-inch gold-plated copper disk, which carries a message for extraterrestrials in case they happen upon the spacecraft. It was meant to act as a time capsule, communicating the sights and sounds of Earth to life on other worlds far from our own.

Of the record, Carl Sagan said, “The spacecraft will be encountered and the record played only if there are advanced spacefaring civilizations in interstellar space.”

Music, images, and greetings were all put on the record. Voyager 1 still carries the disc as a goodwill ambassador, bringing greetings and classic rock to deep space. See everything on the record here.

Where is Voyager 1 now?