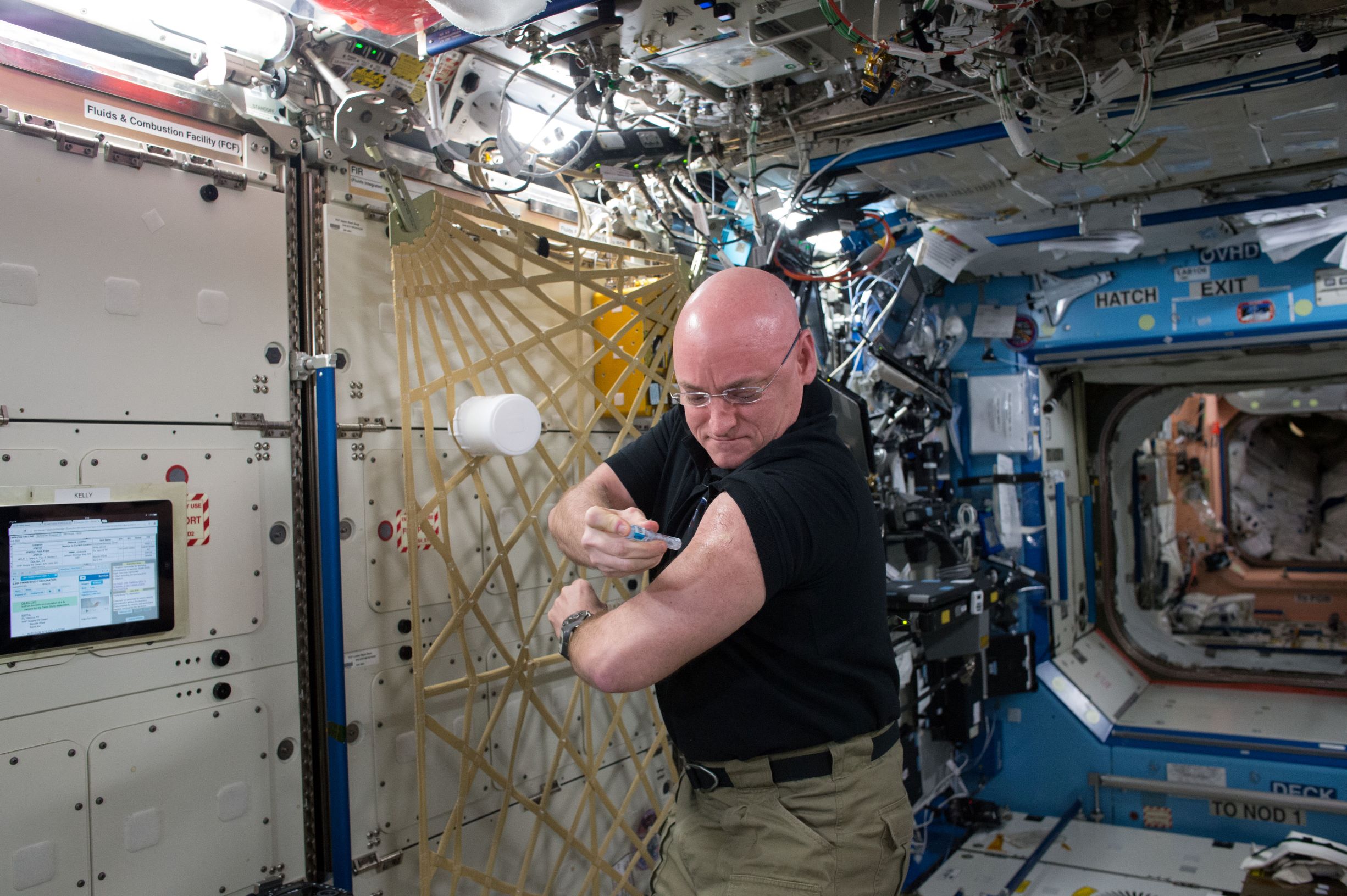 Get the scoop on NASA’s microgravity-based vaccine development studies and why it’s important to research vaccines in space in today’s blog post.

Thanks to NASA, vaccine development is being streamlined as a result of studies being conducted in microgravity onboard the International Space Station (ISS).

This bacterium causes one of the most common forms of food poisoning across the globe and remains a top cause of infant mortality.

Why test vaccines in space?

First, the same types of bacterial and viral agents found on Earth can survive in space and impact an astronaut’s health. This makes researching them and finding therapeutic treatments important if humans are to continue exploring farther from the Earth on longer duration spaceflight missions.

Second, by researching microbes in a microgravity environment, where they are more virulent, researchers have the unique opportunity to study and develop therapeutic treatments, like vaccines, that may be able to eradicate these pathogens on Earth.

“We have the opportunity to utilize spaceflight as a unique research and development platform for novel applications with potential to help fight a globally devastating disease,” Nickerson told NASA. And she isn’t alone.

Many other researchers have taken part in the U.S. National Laboratory pathfinder program, which relies upon the ISS as a leading research platform for commercial research and development.

According to NASA, the pathfinder research approach utilizes a series of in-flight research investigations to identify key components of organisms that facilitate its elevated virulence in a microgravity environment, so that therapeutic treatments can be developed.

In addition to Salmonella, Staphylococcus aureus, a strain of bacteria resistant to certain antibiotics and more commonly known as MRSA, has also been studied in zero gravity as part of the pathfinder program.

NASA has also studied immune responses to the flu vaccine both in space and on Earth through the Twins Study, a 340-day experiment conducted by NASA’s Human Research Program (HRP) that studied identical twin astronauts Mark Kelly (on Earth) and Scott Kelly (in space).

In one of ten Twins Study research investigations, Dr. Emmanuel Mignot investigated both Mark and Scott’s immune responses to better understand how microgravity affects the human body, which will be crucial in longer duration spaceflights that take us farther from home.

Mignot’s research focused on understanding how an individual’s T-cells react given different environments and stresses. He did this by studying both astronauts’ immune system responses after they were administered commercially available flu vaccines. Since the twins share similar genetics, this allowed for close comparison.

According to NASA, Mignot hopes that the research will help protect future astronauts, potentially through the development of “personalized vaccines” which could be tailored to each individual to allow for the greatest efficacy in fighting off harmful microbes.

KEY FINDINGS: The results are in! According to NASA, Mignot and his team discovered that Scott’s immune system responded appropriately in microgravity, and that flu vaccines work the same at all flight phases – pre-flight, in-flight, and post-flight. See the graphic below for more key findings in NASA’s Twins Study. 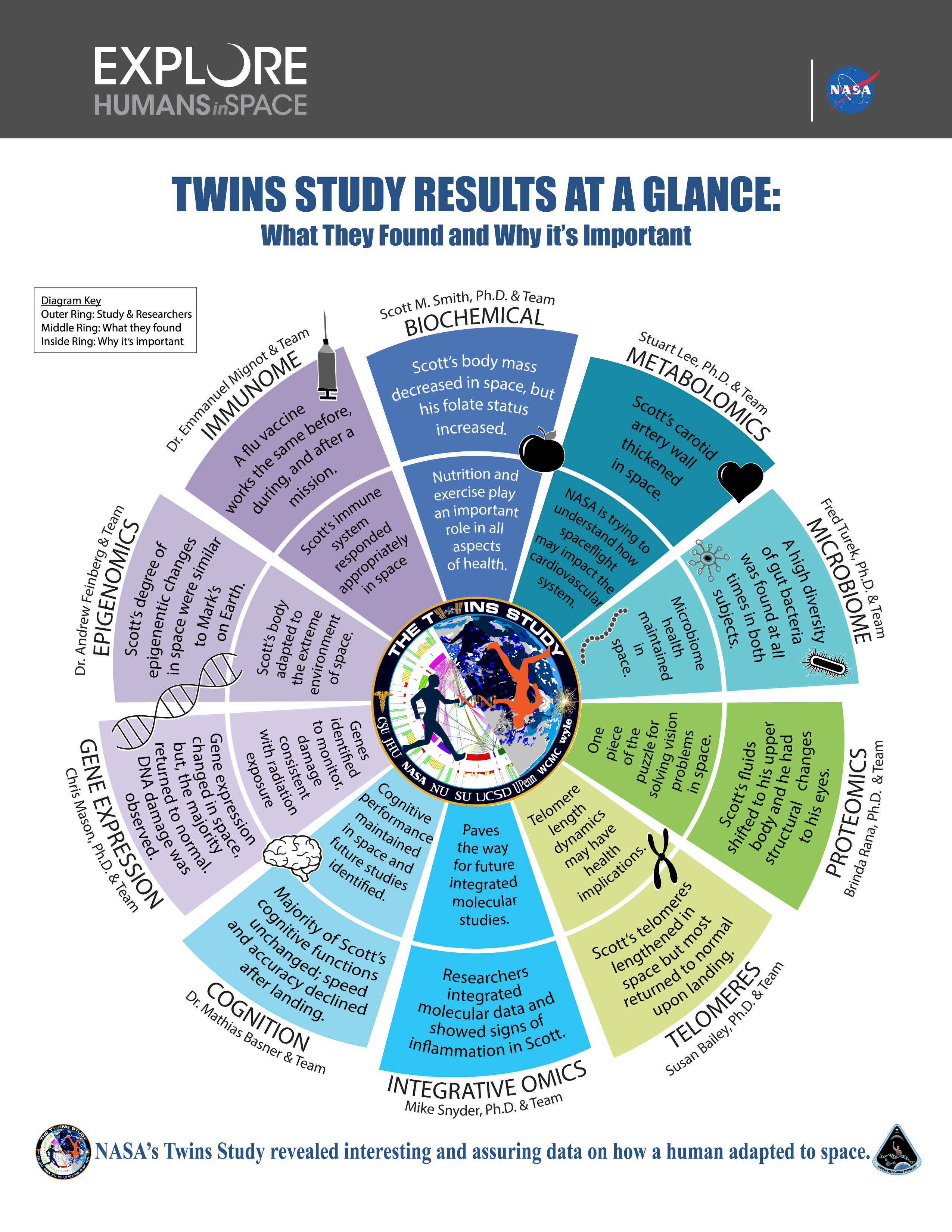 Next, read about one of our newest exhibits, Mission: Control the Spread, that explores how crisis sparks innovation, and demonstrates how NASA is helping with the response to COVID-19.