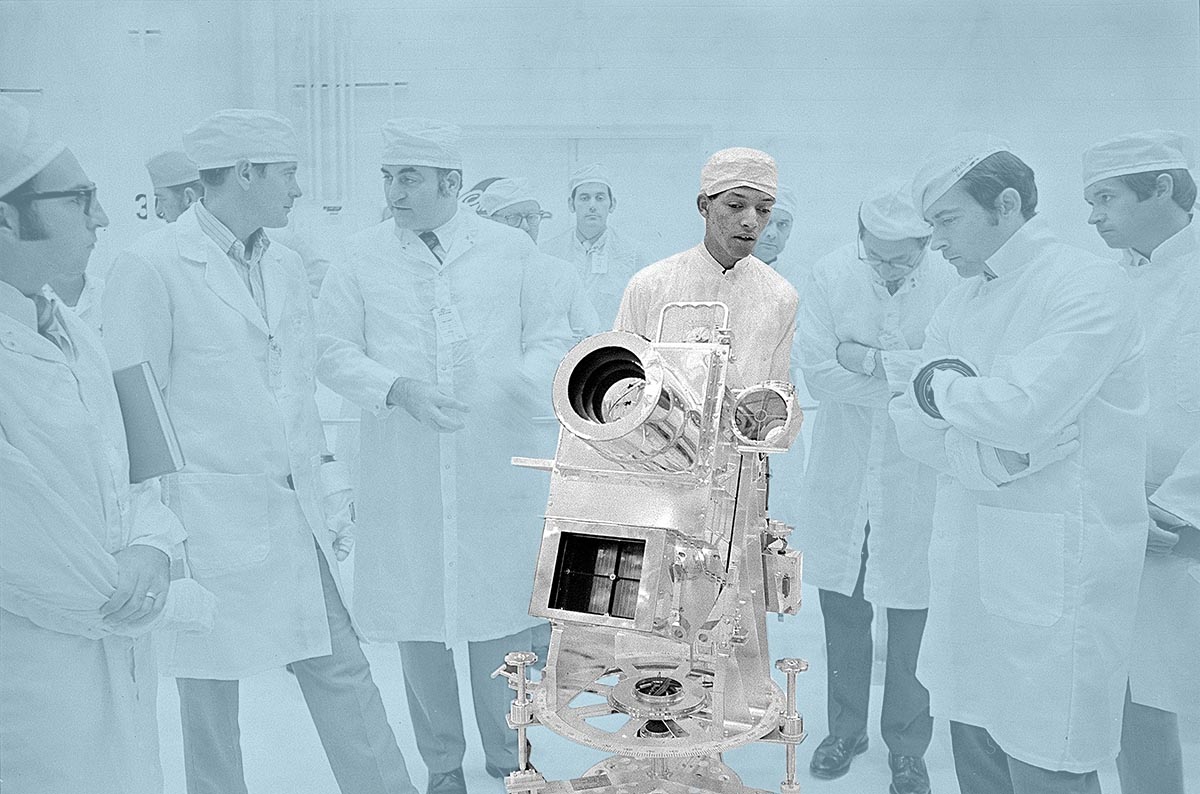 We remember Dr. George Carruthers, who passed away Dec. 26. During his career at the U.S. Naval Research Laboratory, Dr. Carruthers invented the first Moon-based astronomy observatory, which was placed by Apollo 16 astronauts on the lunar surface. 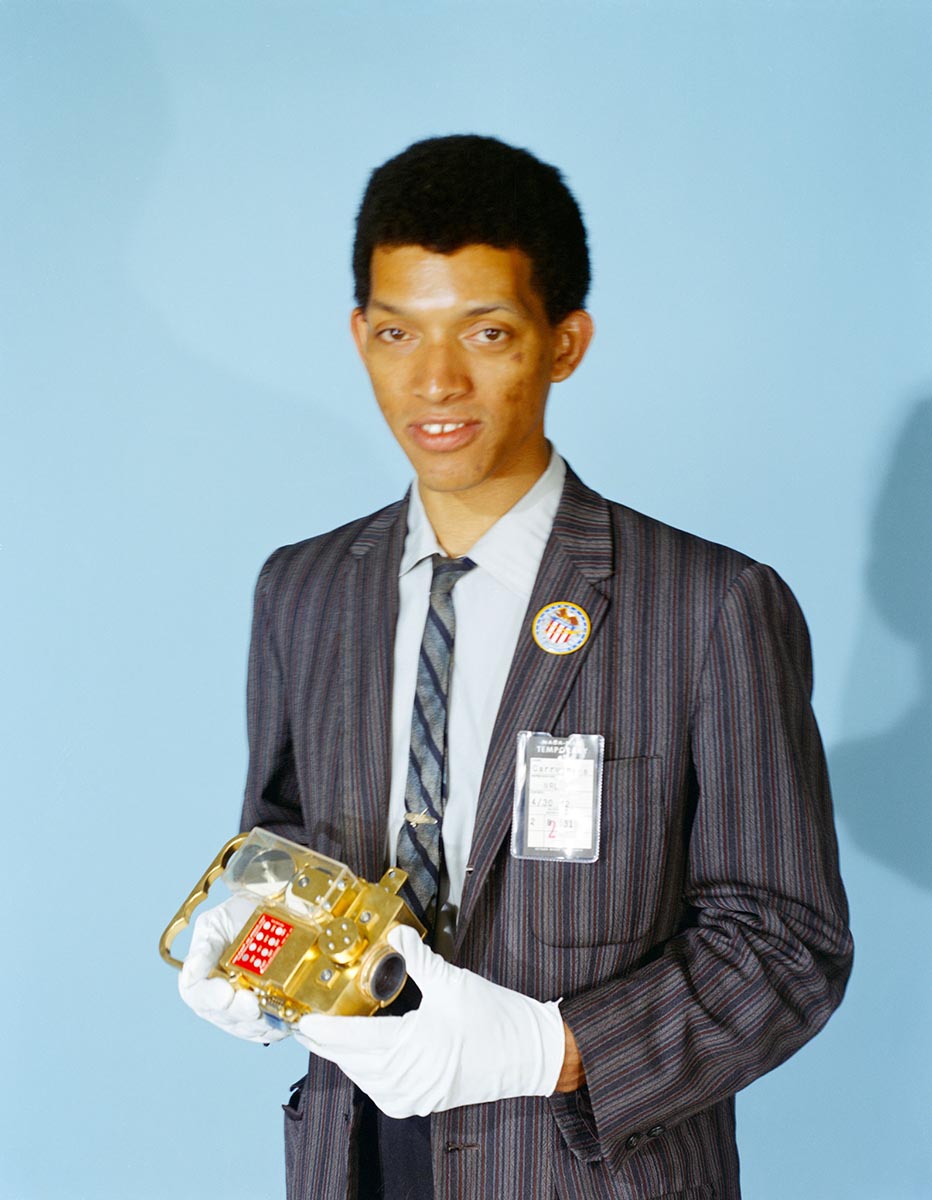 Working for the Naval Research Laboratory, Carruthers received a patent for a Far Ultraviolet Electrographic Camera, which obtained images in electromagnetic radiation in short wavelengths.

Apollo 16 astronauts placed the observatory on the Moon in April 1972, where it sits today on the Moon’s Descartes highland region, in the shadow of the lunar module Orion.

Only four of these cameras were made. One is on the Moon and the backup camera is at the National Air and Space Museum. The the two remaining cameras are at Space Center Houston and the Naval Research Laboratory, which were used for training. It is also believed that the camera at our center was a qualification unit.

We are honored to house such a significant piece of space history and help share Dr. Carruthers’s invention and contributions to space exploration with future generations.

About the Far-Ultraviolet Camera/Spectroscope Experiment 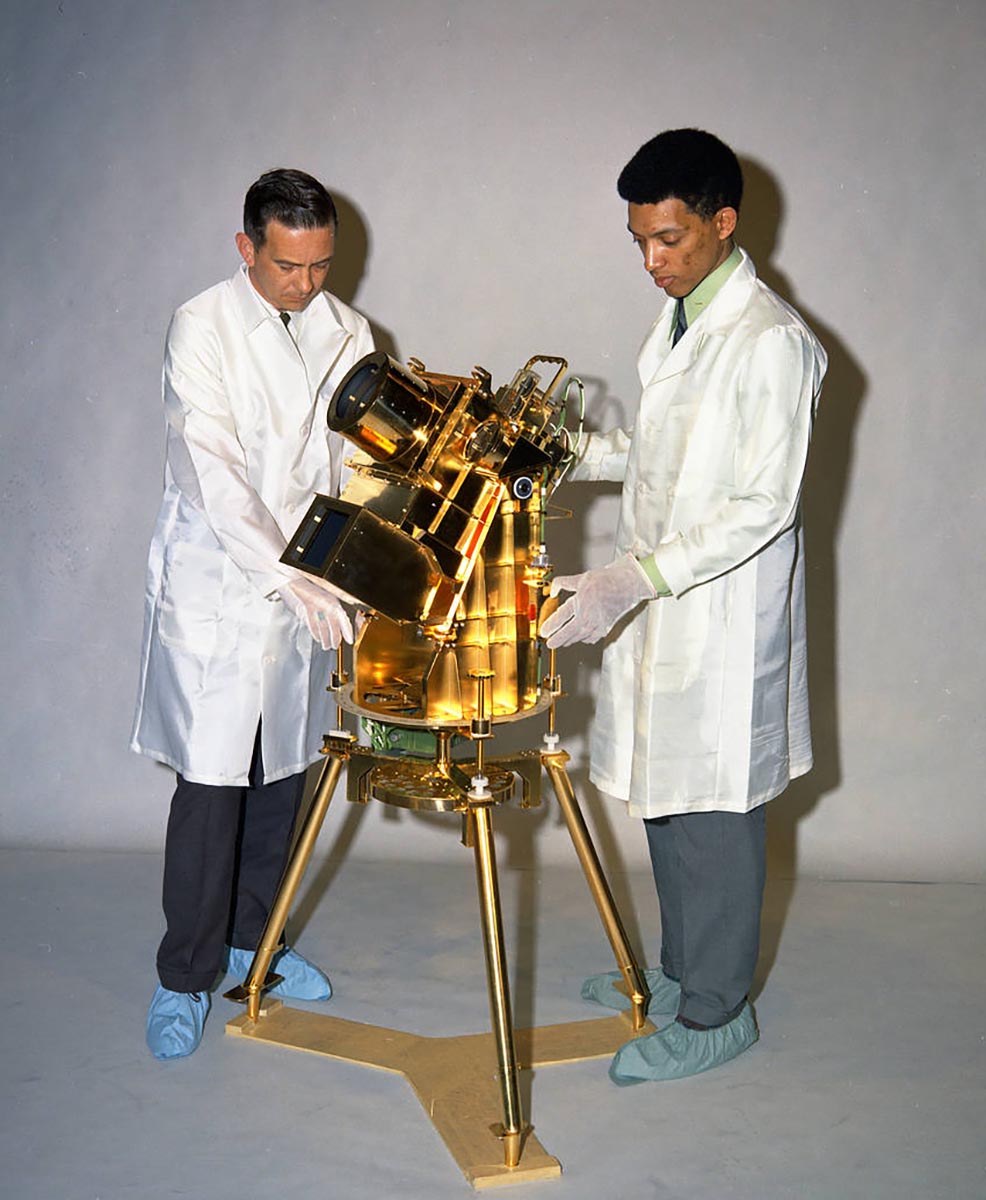 This experiment constituted the first planetary-based astronomy observatory and consisted of a tripod-mounted, 3-in electronographic Schmidt camera with a cesium iodide cathode and film cartridge. Spectroscopic data were provided in the 300- to 1350-A range (30-A resolution), and imagery data were provided in two passbands (1050 to 1260 A and 1200 to 1550 A). Difference techniques allowed Lyman-alpha (1216-A) radiation to be identified.

Astronaut John Young deployed the camera in the shadow of the Lunar Module and then pointed it toward objects of interest. Specific planned targets were the geocorona, the Earth’s atmosphere, the solar wind, various nebulae, the Milky Way, galactic clusters and other galactic objects, intergalactic hydrogen, solar bow cloud, the lunar atmosphere, and lunar volcanic gases (if any). At the end of the mission, the film was removed from the camera and returned to Earth.

After successful landings on the Moon, NASA was looking for more scientific studies to be performed by the astronauts on the Moon. Dr. Carruthers proposed building a camera to perform far-ultraviolet astronomy from the Moon. Carruthers is considered the inventor of the ultraviolet camera/spectrograph. When Dr. Carruthers’s proposal was accepted, he was paired with Dr. Thornton L. Page at NASA Johnson Space Center (JSC) who became his co-investigator. Dr. Carruthers thus invented the first Moon-based observatory, the Far Ultraviolet Camera/Spectrograph, which was used in the Apollo 16 mission.

The far UV camera/spectrograph was operated from the lunar surface for the first time on Apollo 16. The instrument was sensitive to light in the 500 to 1500 Angstroms range and “blind” to ordinary visible light. The experiment was completely successful in that the experiment team obtained 178 photographic frames of far UV data on the airglow and polar auroral zones of the Earth and the geocorona; on over 550 stars, nebulae, or galaxies; and on the nearest external galaxy, the Large Magellanic Cloud.

Asked to explain highlights of the instrument’s findings for a general audience, Dr. Carruthers said “the most immediately obvious and spectacular results were really for the Earth observations, because this was the first time that the Earth had been photographed from a distance in ultraviolet light, so that you could see the full extent of the hydrogen atmosphere, the polar auroris and what we call the tropical airglow belt.” 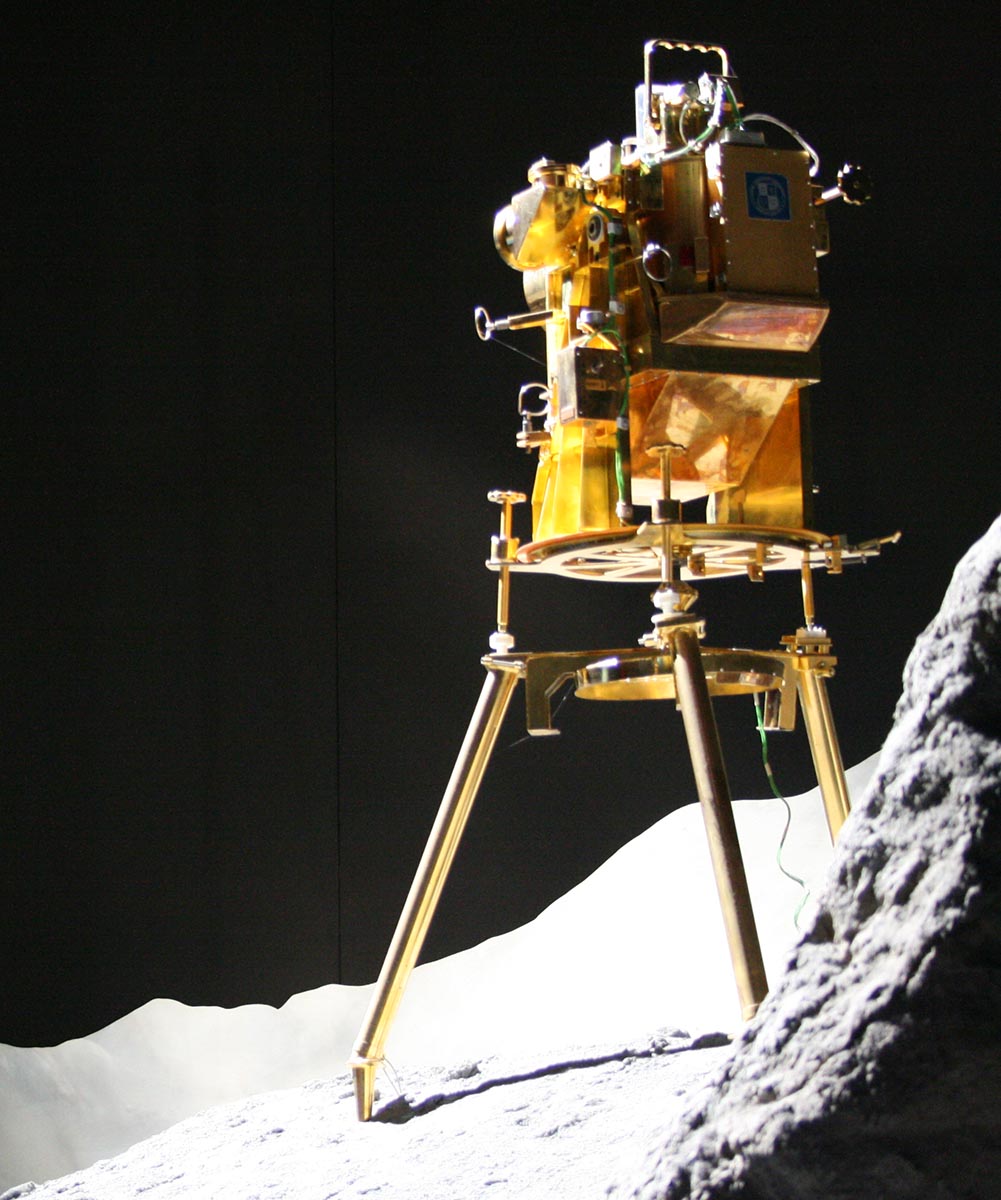 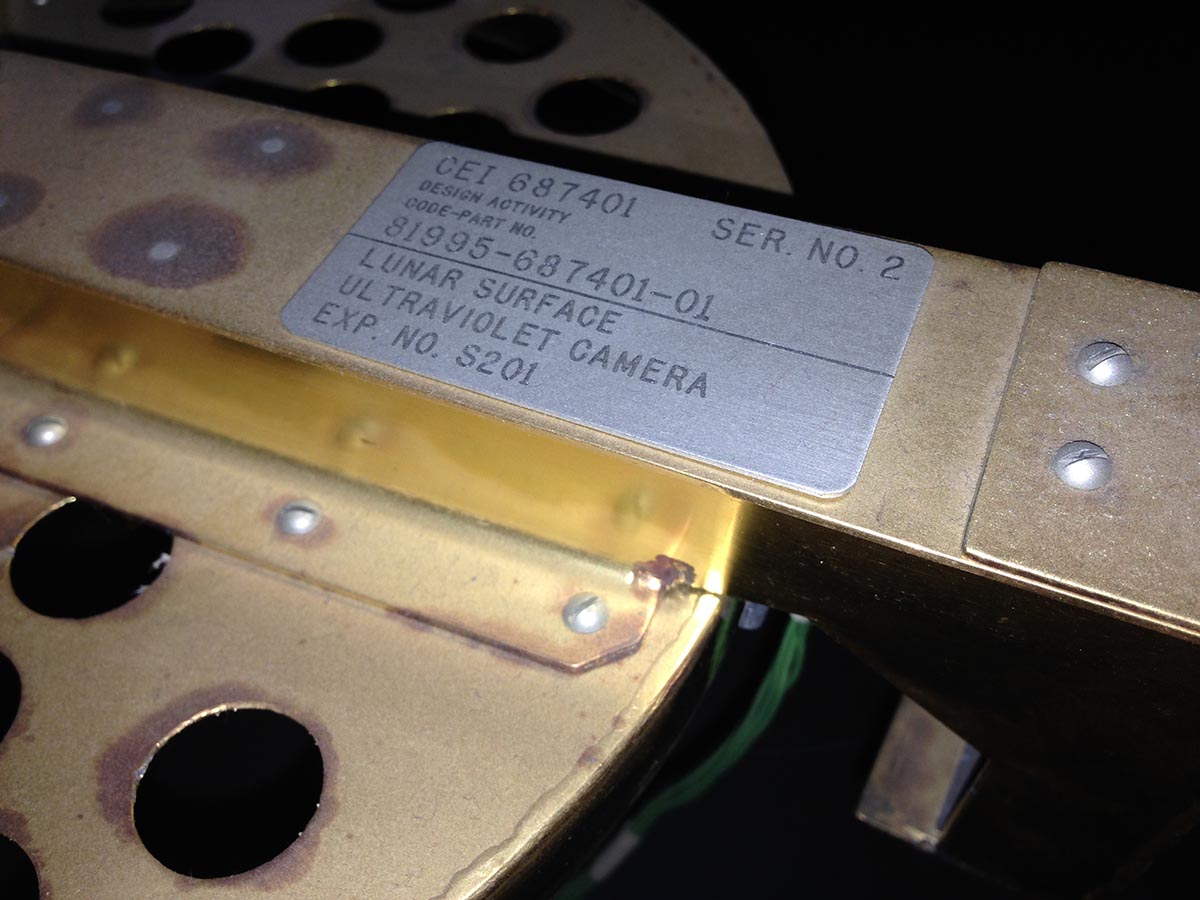 Four Far-Ultraviolet Camera/Spectrographs were built. The cameras were identified by their serials numbers 1 through 4.

Camera with serial number 3 was flown to the Moon on Apollo 16 where it remains today. The flight backup camera is number 4 and is now on display at the National Air and Space Museum.

Serial Number 1 was used for training and is currently located at the Naval Research Laboratory. The instrument on display at Space Center Houston is Serial Number 2. This camera belonged to Dr. Thornton L. Page at JSC who was the co-investigator with Dr. George Carruthers on the Apollo 16 project.

Number 2 was an engineering unit that was used at JSC. Among other uses, the engineering unit would have been the instrument subject to testing at JSC. It may have been tested in the thermal vacuum chamber to make sure it qualified for use in the harsh conditions of space.

In the “Catalog of Apollo Experiment Operations” by Thomas A. Sullivan, there is a line that says “The crew had received training with the qualification unit a week before launch and had discovered that the camera mode changes produced noise on the VHF radio.” In Dr. George Carruthers’s oral history, he says astronauts trained on the camera at JSC and at NASA’s Kennedy Space Center.

Dr. Carruthers made the first detection of molecular hydrogen in space, in 1970, using a sounding rocket.

He developed a rocket instrument that obtained an ultraviolet image of Comet Halley, and an instrument with two cameras, with different far-UV wavelength sensitivities, used on the STS-39 space shuttle mission in 1991.

He has worked on UV imaging of Earth’s polar auroras and of the faint photochemical luminescence found in the upper atmosphere, with an instrument, Global Imaging Monitor of the Ionosphere (GIMI), on a Department of Defense satellite, the Advanced Research and Global Observation Satellite (ARGOS), launched in 1999.

In 2012, he was awarded the National Medal of Technology and Innovation, the nation’s highest honor for technology achievement.