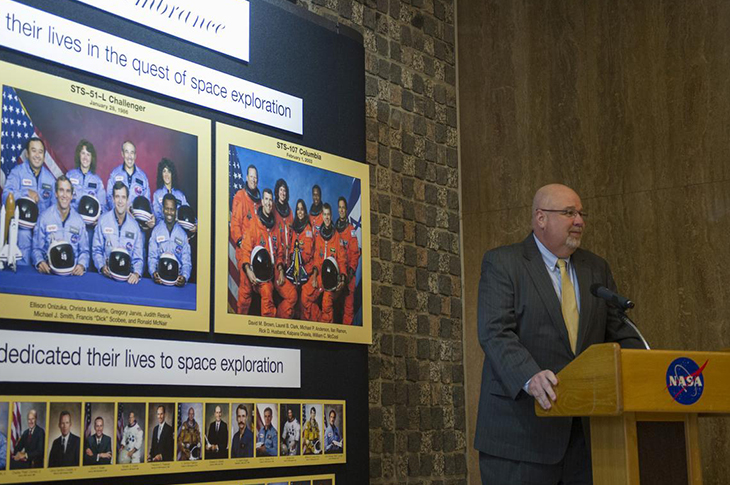 NASA remembers all of these brave souls every year as part of their Day of Remembrance. This ceremony takes place in different ways at all of the NASA facilities. At NASA Johnson Space Center, there is a Memorial Grove of trees planted in memory of fallen astronauts and mission control personnel.

NASA Administrator Jim Bridenstine tweeted out his condolences Monday on the anniversary of the Challenger tragedy.

As President Ronald Reagan said that day, “The crew of the Space Shuttle Challenger honored us by the manner in which they lived their lives. We will never forget them.” pic.twitter.com/hpVvT1oPxN

Here’s a video of the ceremony honoring Challenger from the Day of Remembrance 2018 website:

On Feb. 25, Space Center Houston will host its next Thought Leader Series centered on how NASA moved forward from these tragedies, what it learned from each of them and how they made spaceflight safer as a result of those findings.

Learn more about this event here.