This fall, we are exploring how space inspires progress. Solve space today by unscrambling this image of the Goddard rocket, which paved the way for the mighty liquid-fuel rockets of today.

When you think of a rocket, what is the first image that comes to mind? Is it the mighty Saturn V that launched the first lunar missions? Perhaps it is the even mightier Space Launch System (SLS) that will return astronauts to the Moon?

What about the Goddard rocket? Or the Atlas? Little Joe?

Chances are, these probably aren’t the first rockets that come to mind. However, there most likely wouldn’t have been the Saturn V or SLS without them.

It might be hard to fathom, but some of the world’s most powerful liquid-fuel rockets came from rather humble beginnings.

Take a quick look at three rockets that shaped the future of human space exploration. These rockets helped pave the way for the mighty rockets of today, which ultimately serve as the inspiration behind the even mightier rockets of tomorrow.

Would you believe that the world’s first liquid-fuel rocket to liftoff was a “rickety contraption” made from thin pipes? On March 16, 1926, in an icy field in Massachusetts, Robert Goddard’s rocket blasted off. Though it only reached an altitude of 41 feet and traveled for just 2.5 seconds, it flew rather fast at 60 mph.

Goddard’s rocket had made history and set the stage for the future of rocketry and space exploration. In fact, every liquid-fueled rocket we see launch today can be traced back to Goddard’s humble rocket.

Though rockets have come a long way since 1926, Goddard’s name still lives on. NASA later honored Goddard, commonly regarded as the father of modern rocketry, in the naming of NASA’s Goddard Space Flight Center in Greenbelt, Maryland. 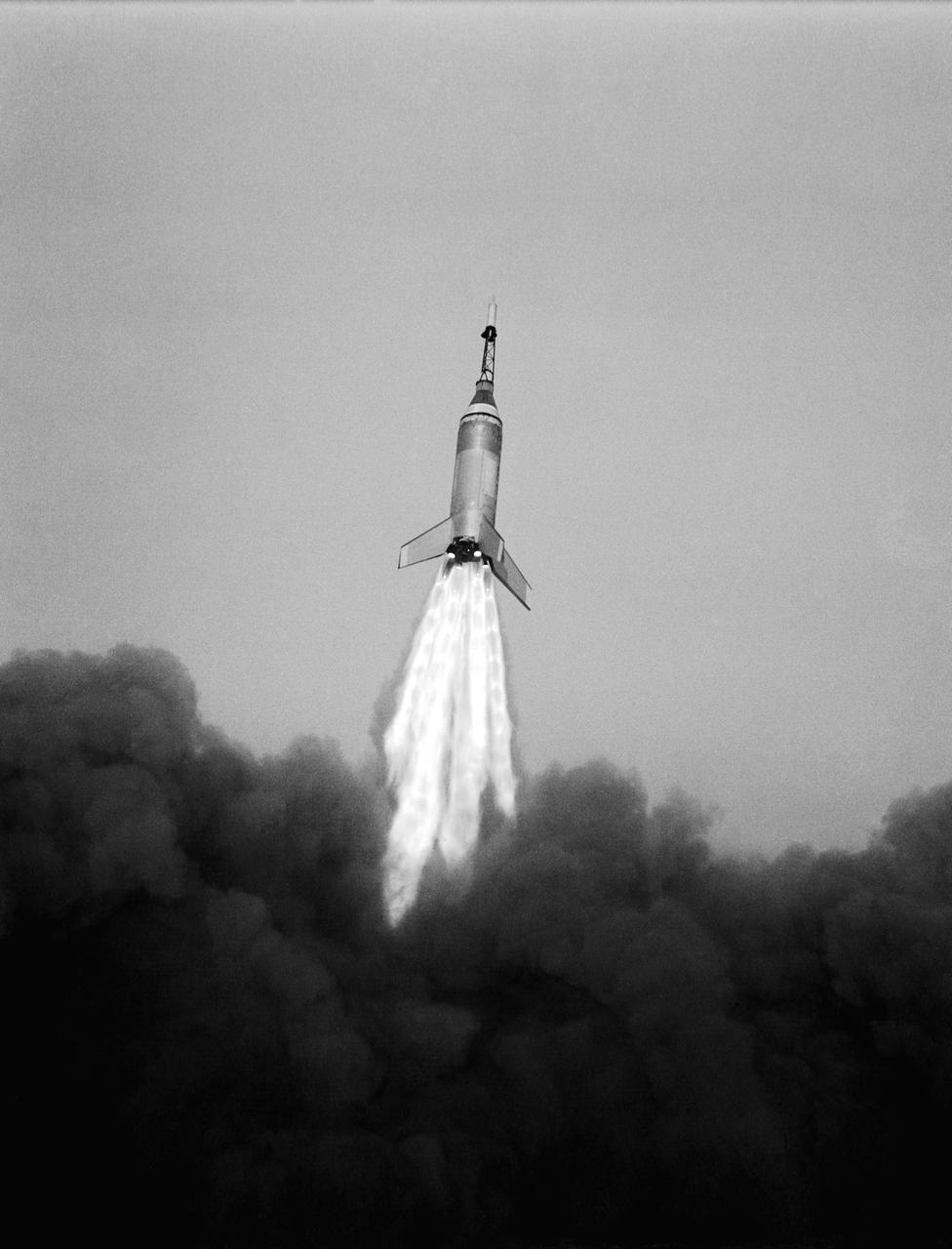 Testing spaceflight systems can get expensive. NASA found this out with the pricey Atlas rockets. When they needed a more affordable rocket booster to test the Mercury Project’s abort-escape system, Little Joe offered an economic solution.

The Little Joe made its mark as a Mercury capsule test vehicle, successfully launching for the first time from Wallops Island in Virginia on Oct. 4, 1959, where the solid-fuel rocket reached an altitude of nearly 40 miles!

The Little Joe launches facilitated the success of our nation’s first human spaceflight missions with the Mercury Project. 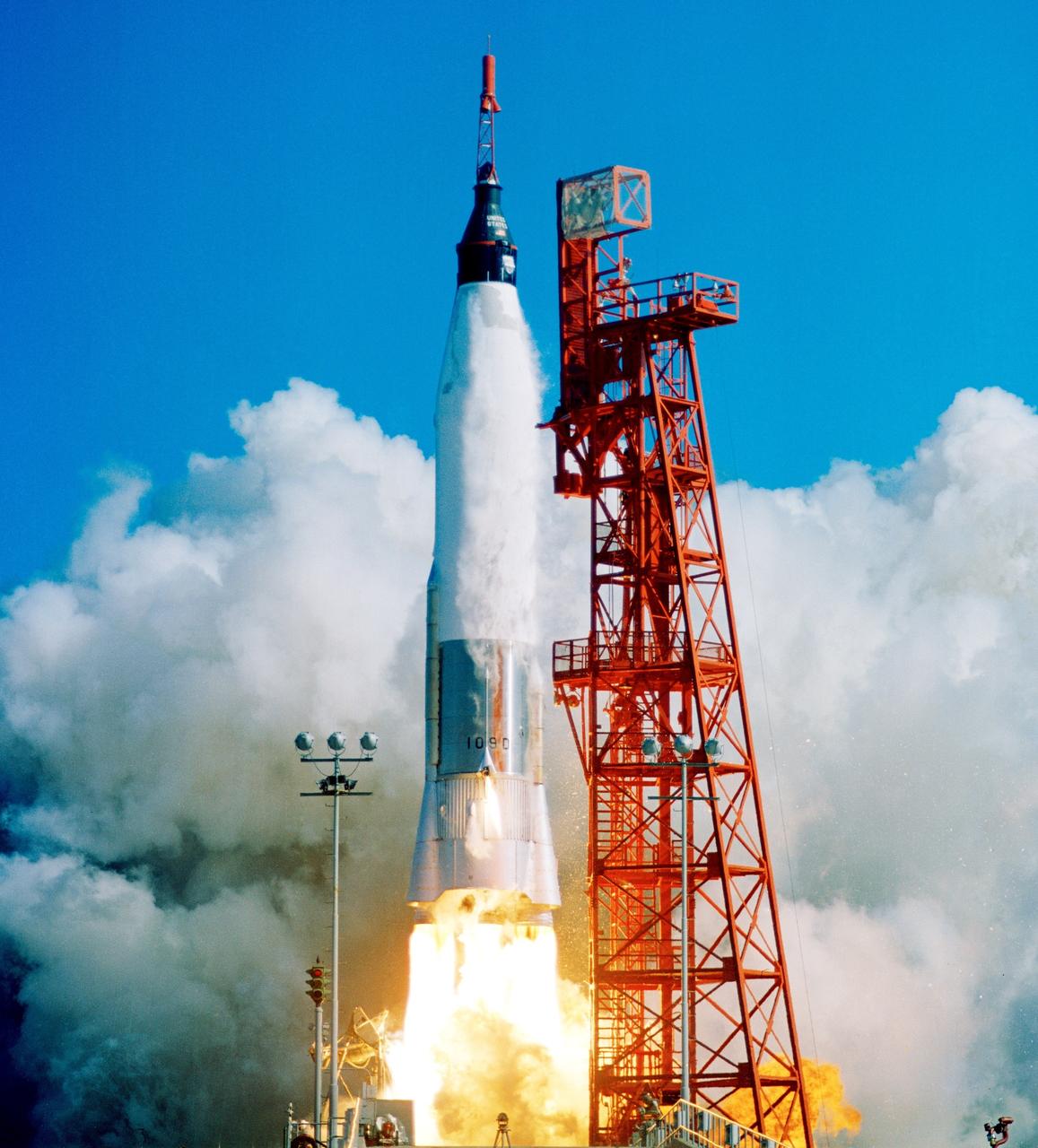 Imagine being launched into space atop a modified missile. That’s exactly what John Glenn did in 1962 when he lifted off for the Friendship 7 mission.

According to NASA, the powerful Atlas rocket, which launched several Mercury astronauts into orbit and kept America competitive in the Space Race, was actually constructed as a missile in the ’50s.

With five major configurations, Atlas rockets have remained relevant through the years, from putting the first American into orbit in 1962 to launching the Perseverance rover to the red planet last year.

Interested in seeing an early rocket? During your next visit, stop by our Starship Gallery to view an identical replica of Goddard’s rocket, the first liquid-fuel rocket to fly.