In our new Spacecraft Spotlight blog series, we are featuring different spacecraft and highlighting their unique features and significant contributions to the history of space exploration. This week we are spotlighting Explorer 1, America’s first satellite.

Following the two successful Sputnik launches by the Soviet Union in 1957, America felt mounting pressure to launch a satellite of its own. After a failed first attempt later that year, the United States needed its confidence restored.

Given just 90 days to develop and build the satellite, the Jet Propulsion Laboratory in California rose to the challenge. On Jan. 31, 1958, Explorer 1 launched, carried into space by a Jupiter-C rocket, which was a modified Redstone ballistic missile.

Explorer 1 became the first American satellite to orbit the Earth and the first to make a scientific discovery from space. With the successful launch of Explorer 1, the space race began.

Though Explorer 1 stopped transmitting just a few months after launch, on May 23, 1958, it remained orbiting the Earth until March 31, 1970, when it burned up in Earth’s atmosphere. According to NASA’s JPL, Explorer 1 orbited the Earth a total of 58,376 times. 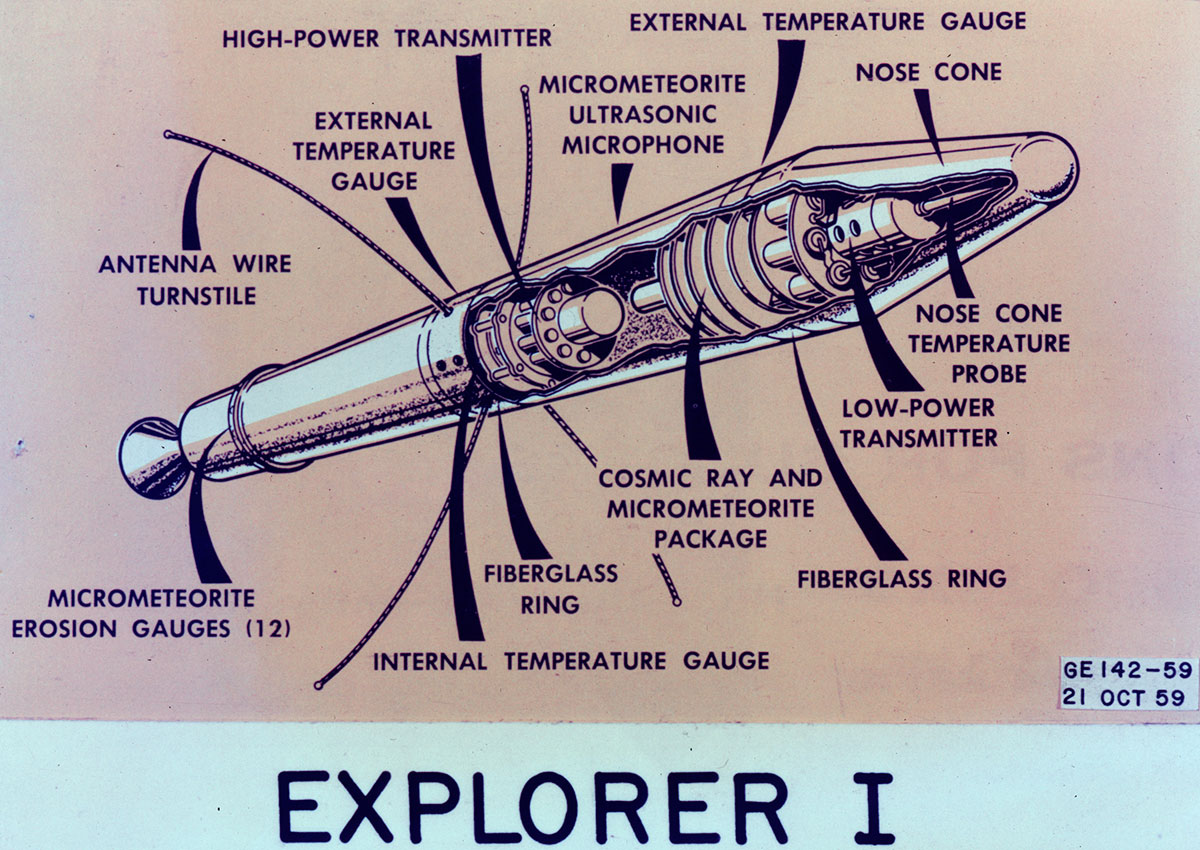 The first scientific discovery from space

Explorer 1 carried the very first scientific instruments into space. The primary payload was Dr. James van Allen’s cosmic ray detector – a Geiger counter. It was designed and built by van Allen, who headed the University of Iowa’s physics department.

The device, which took up over a third of the satellite’s total length, was designed by the physicist to quantify the radiation surrounding the Earth in orbit.

Van Allen’s science instrument led to a significant discovery – a belt of intense radiation trapped by Earth’s magnetic field. The Explorer 3 mission helped to confirm his belt theory, and later missions like Explorer 4 and Pioneer 3 provided more data that helped van Allen to discover a second, outer radiation belt. Together, these belts were named the Van Allen radiation belts, after the man who discovered them.

To this day, scientists are still trying to understand the van Allen radiation belts since such intense radiation can damage electronics, potentially jeopardizing spacecraft and critical electronics on future missions.

The success of Explorer 1 and subsequent satellites helped pave the way for the creation of NASA, which officially opened its doors within the same year as the launch of America’s first satellite.

NASA has continued to bring science into space and has made countless scientific discoveries since the launch of America’s first spacecraft, continuing to build off Explorer 1’s foundation.