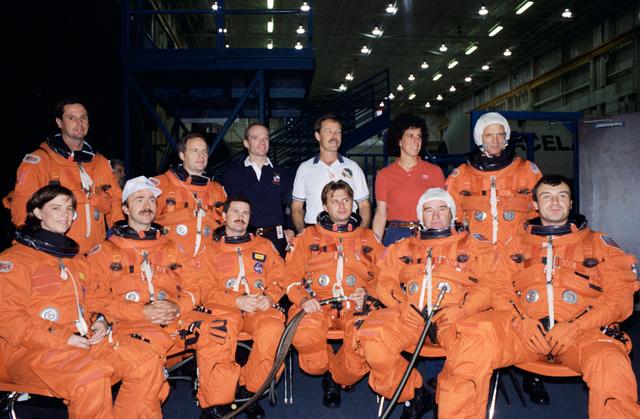 STS-71 launched 24 years ago today. The mission marked the beginning of a new collaborative effort to live and work in space through the Shuttle-Mir program. 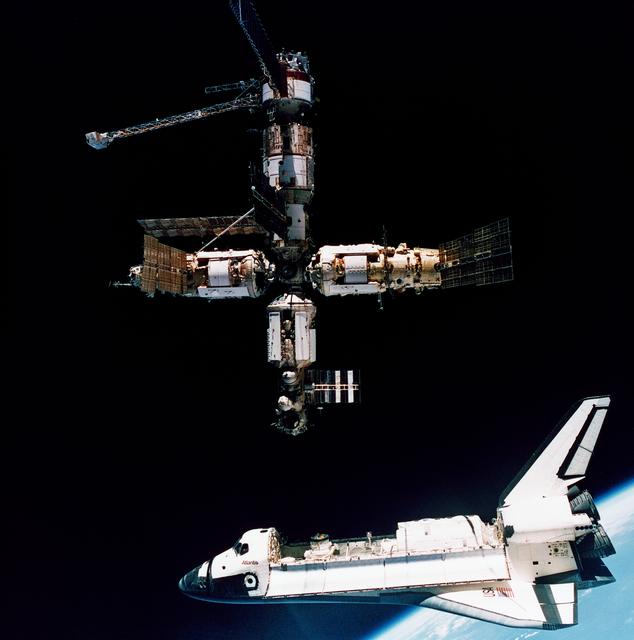 A precursor to the International Space Station (ISS), the Shuttle-Mir missions sought to gain experience with longer duration spaceflights. The information gathered from these flights proved to be instrumental in planning for the international cooperation and coordination necessary for the assembly of ISS.

Shuttle-Mir focused on conducting research on-orbit and gaining experience for NASA with longer-duration spaceflights. The Shuttle-Mir program surpassed the Skylab missions with over 27 consecutive months spent in space. Everything learned from these missions was used for future expeditions to ISS and will continue to be utilized in planning missions to return to the Moon and travel to Mars.

In honor of this monumental mission, we are celebrating with some historic human spaceflight firsts attributed to the STS-71 flight.

It was the 100th human space launch from Cape Canaveral.

STS-71 was the centennial human space launch from the Cape. The shuttle orbiter Atlantis launched from Florida on June 27, 1995 and landed at Kennedy Space Center on July 7, 1995. The mission lasted nearly 10 days and traveled 4.1 million miles in total. 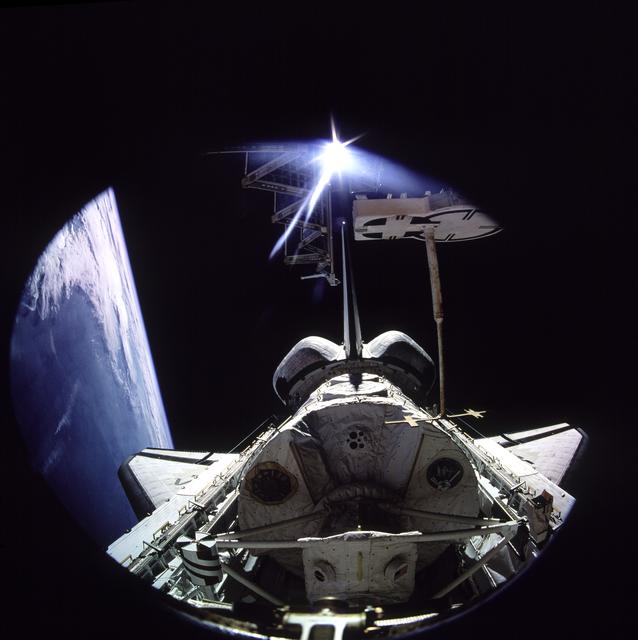 Once docked, Mir and Atlantis formed the largest spacecraft in orbit at that time. While docked, the spacecraft weighed in around 225 tons, roughly a half million pounds.

STS-71 marked the first on-orbit change-out of shuttle crews and it used the greatest number of crewmembers in space for one mission.

STS-71 was comprised of a large mix of NASA astronauts (6) and Russian cosmonauts (4). That’s the most crewmembers ever for one mission. According to NASA, the flight is also credited with the first shuttle “changeout” whereby the Mir crews swapped out and NASA astronaut Norm Thagard returned with Atlantis after spending nearly four months aboard Mir.

Perhaps the most important takeaway of STS-71 and the Shuttle-Mir program, was that two former competitors could work together towards a common goal.

Shuttle-Mir Program Director Frank Culbertson explained, “‘… it was important that people realize we were not only teaching each other, but observing each other and learning from each other, and that both sides had a lot to offer.'”

You can read more on the STS-71 mission here.