There is more to celebrate this Halloween than candy and costumes! Oct. 31 marks the launch of Expedition 1 to the International Space Station (ISS).

It was 19 years ago, today, when one NASA astronaut and two Russian cosmonauts embarked on a mission that would establish a continuous human presence in space. 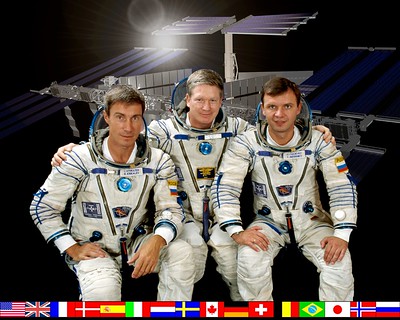 Following construction of the ISS in 1998, the station was ready for its first stay-aboard crew by fall of 2000.

The ISS was an international effort, so it was only fitting that the first crew be an international team. Thus, the crew of three consisted of NASA astronaut William (Bill) Shepherd (expedition commander), and Russian cosmonauts Sergei Krikalev (flight engineer) and Yuri Gidzenko (Soyuz commander). The Russian and American space agencies agreed on NASA taking the lead for Expedition 1, so NASA astronaut Shepherd was named mission commander.

The team launched from Baikonur Cosmodrome in Kazakhstan, where Yuri Gagarin launched 39 years earlier to become the first person in space. ISS expeditions are still being launched at this site today. That said, the Commercial Crew program aims to return launch capabilities to American soil soon.

It took just two days following launch for the crew to reach the ISS and begin their historic mission in space.  Since a NASA astronaut had been selected as the mission commander, Shepherd had Krikalev and Gidzenko enter the ISS first, in a show of goodwill.

Once on station, the crew got to work readying the ISS for its role as an orbital outpost. The team spent much of their mission setting up equipment, unpacking supplies, and getting critical life support systems up and running. However, they did get to conduct some very important science experiments as well. 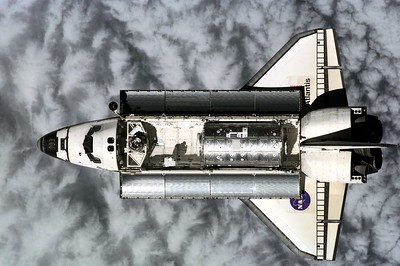 The first science experiment on station, which began prior to permanent habitation, focused on protein crystal growth. This experiment has since helped researchers with the treatment of diseases and disorders on Earth.

Not everything went according to plan, though. As one might expect, there were some minor setbacks along the way. One of these involved a food warmer in the Zvezda module, which took longer than expected to set up.

The crew had allotted 30 minutes to get the food warmer up and running. However, it ended up taking roughly a day and a half. This proved to be a setback for the crew on station, where schedules run tight and each minute matters.

While the trio was on station, they were visited by three shuttle missions (STS-97, 98, and 102). STS-97 brought with it the first pair of photovoltaic solar arrays to the ISS increasing the station’s power supply. STS-98 delivered the massive U.S. Destiny laboratory. STS-102 marked the transition from Expedition 1 to Expedition 2 with a crew exchange.

Shepherd, Gidzenko, and Krikalev flew home aboard Discovery March 19, 2001. To date, they remain the only crew to have celebrated the beginning of a new century and millennium in space. 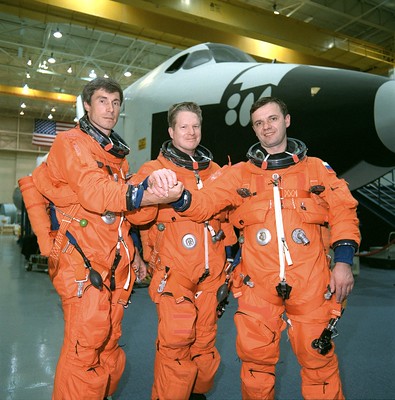 Expedition 1 marked the beginning of a new age of space exploration. Since this historic mission, humans have been living and working in low-Earth orbit 24 hours per day, 7 days a week, for 365 days a year.

According to NASA, 239 individuals from 19 countries have visited the International Space Station to date. More than 205 spacewalks have been conducted. Greater than 2,400 research investigations have been hosted on station from researchers in over 103 countries. The station, which sits just 1 yard shy of an American Football field, travels around Earth at a speed of five miles per second, orbiting the planet roughly every 90 minutes.

Nov. 2 will mark 19 years of continuous human habitation in space, an international feat which continues to pave the way for future missions to the Moon, Mars, and beyond.

Here’s to the incredible Expedition 1 crew who made history on Halloween and to all those continuing to support work, “off the Earth, for the Earth, and beyond.”

Learn more about Expedition 1 here and about the ISS here.