On Nov. 13, 1971, Mariner 9 became the first spacecraft to orbit another planet. It was 48 years ago today that we began to learn new and exciting things about Mars’ landscape and atmosphere.

The Mariner spacecraft was designed and developed by NASA’s Jet Propulsion Lab (JPL) with the purpose of exploring our nearest planetary neighbors: Venus, Mercury, and Mars.

What made the Mariner spacecraft different than others before it was that it was “three-axis-stabilized,” meaning it did not spin. Though the spacecraft itself was relatively small, it housed important scientific instruments on board. It used solar panels for power and a dish antenna faced toward Earth to receive communications.

Each Mariner mission was supposed to have a complimentary spacecraft, but this did not always go to plan. Mariner 1, 3, and 8 were lost during launch. All three times, their backups successfully launched and completed the missions.

Mariner 9 launched from Cape Canaveral, Florida on May 30, 1971. However, when the spacecraft reached Mars, one of the largest global dust storms ever recorded on Mars obscured the planet’s surface. Nothing except the highest points of elevation could be seen. Thanks to technological advancements in the Mariner 9 computer, ground control was able to delay the spacecraft’s orbital insertion. 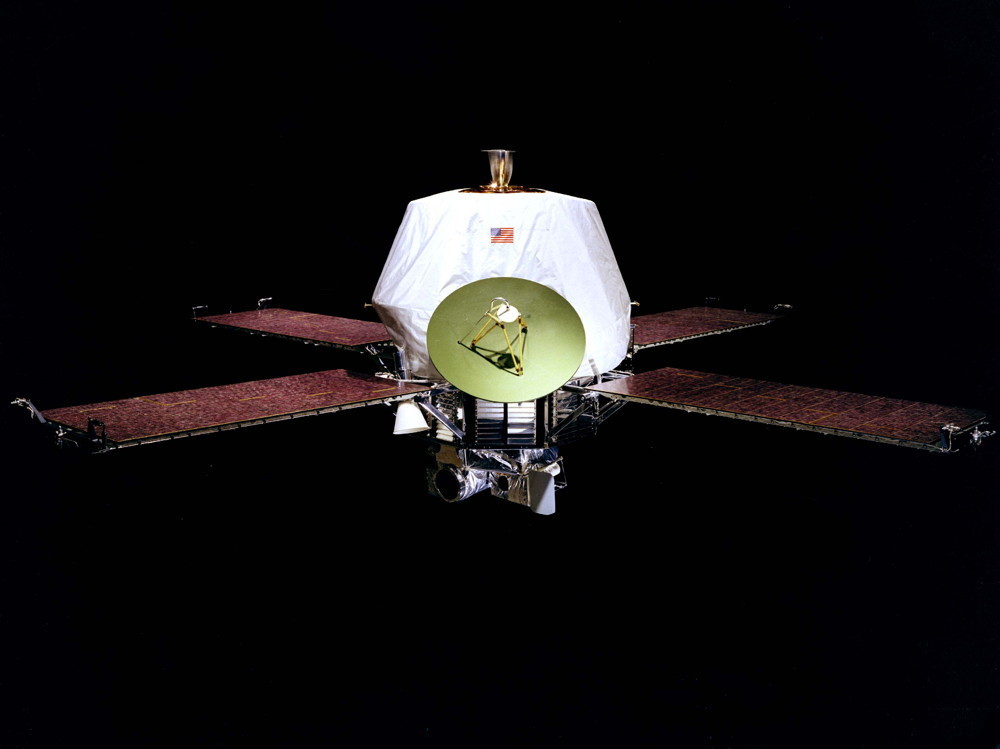 The dust storm finally began to settle throughout November, so observations began, and Mariner 9 entered its orbit around the red planet.

The Mariner 9 mission was tasked with studying the Martian surface and atmosphere. It was also tasked with mapping 70 percent of the surface of Mars, which was originally an objective of the failed Mariner 8 mission.

For nearly a year, Mariner 9 carried out its mission, collecting data on the composition of the Martian surface (topography, gravity) and atmosphere (density, pressure, and temperature).

The spacecraft sent more than 7,000 images to scientists on Earth, and approximately 54 billion bits of data were retrieved. For the first time, scientists had a much clearer picture of what the surface and atmosphere of Mars were like.

Mariner 9 marked a huge milestone. Not only was it the first spacecraft to orbit another planet, the mission resulted in the global mapping of Mars. Mariner 9 gave researchers the first up-close look at some of Mars’ features, like the Martian volcanoes, Valles Marineris, Mars’ polar caps, and its two small moons, Phobos and Deimos.

The Mariner 9 mission officially ended on Oct. 27, 1972. Once the spacecraft had run out of altitude gas, it was shut off and left in orbit. It was estimated to remain in space for at least 50 years until the orbit decays, at which point it will enter the Martian atmosphere.

The Mariner missions yielded incredible insights into the planetary characteristics of our nearest neighbors. They also proved that interplanetary exploration could be achieved for a relatively inexpensive cost in a short period of time.

Thanks to the Mariner missions, we now know that Mars has great valleys and volcanoes, and that its landscape is more varied than previously thought. We also know that Mars has a cold, thin atmosphere, which is primarily made up of carbon dioxide. The Mariner flights served as a pivotal foundation for the deep space expeditions that followed, like Voyager 1 and 2 in the late 70s (originally conceived to be Mariner 11 and 12).

Today we remember the Mariner missions, groundbreaking flights that set off to explore other worlds, to learn more about our inner solar system. On this day in space history, Mariner 9 helped us get to know the red planet just a little bit better.

To read more on Mariner 9 and other Mariner missions click here.