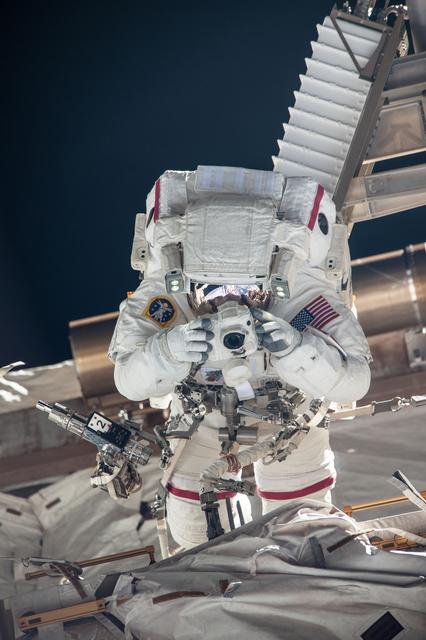 When maintenance needs to be done to the International Space Station, astronauts suit up.

Anytime an astronaut leaves a spacecraft and enters the vacuum of space, they are performing an extravehicular activity (EVA), otherwise known as a spacewalk. Spacewalks have been instrumental in the assembly and maintenance of the International Space Station.

Since Ed White became the first American to spacewalk in 1965, NASA has learned a lot about living and working in space, including the effects of spacewalking on the mind and body. Spacewalks can be short, but they can also go on for quite some time, the longest lasting was close to nine hours! As one can imagine, that would be quite exhausting.

Astronauts train extensively for these outings and are closely monitored during the EVA to ensure their safety. Despite the dangers of stepping in space, astronauts rave about their experiences. For many, it is unlike anything else. You can’t beat an office view that’s literally out-of-this-world.

Now it’s your turn to experience the thrill of working far above the Earth in the vacuum of space! From space break “selfies” to on-the-job snapshots, we’re bringing you the top 10 International Space Station EVAs photos.