When Orion blasts off for the first Artemis mission next year, so too will several CubeSats.

These shoebox-sized satellites will catch a ride on Orion and will deploy into space as the capsule makes its way to the Moon. The CubeSats will conduct experiments and observations that will help scientists and researchers learn more about the deep space environment and how to prepare for human exploration beyond the Moon.

While NASA’s Space Launch System has been designed to hold up to 17 of these small satellites, NASA is focusing their efforts on 10 secondary payloads for the upcoming Artemis I mission.

Read more about these ten CubeSats below:

Want to know more about the secondary payloads for the upcoming Artemis I mission? Check out the NASA infographic below: 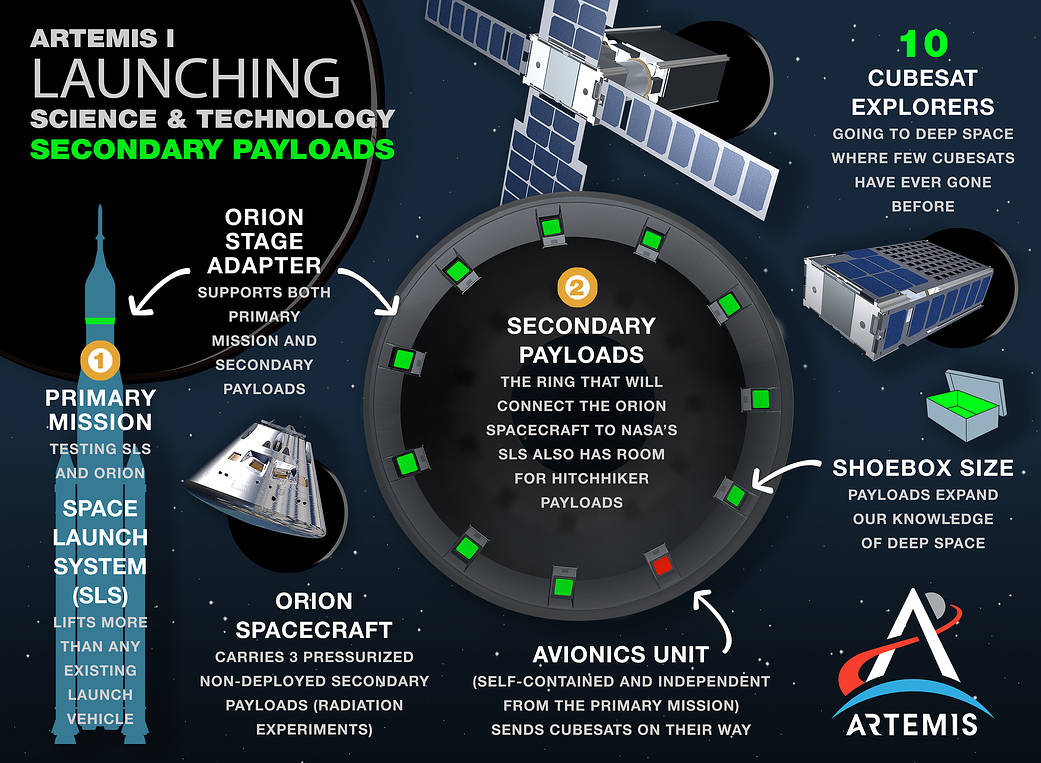 Learn more about the Artemis I CubeSats here.