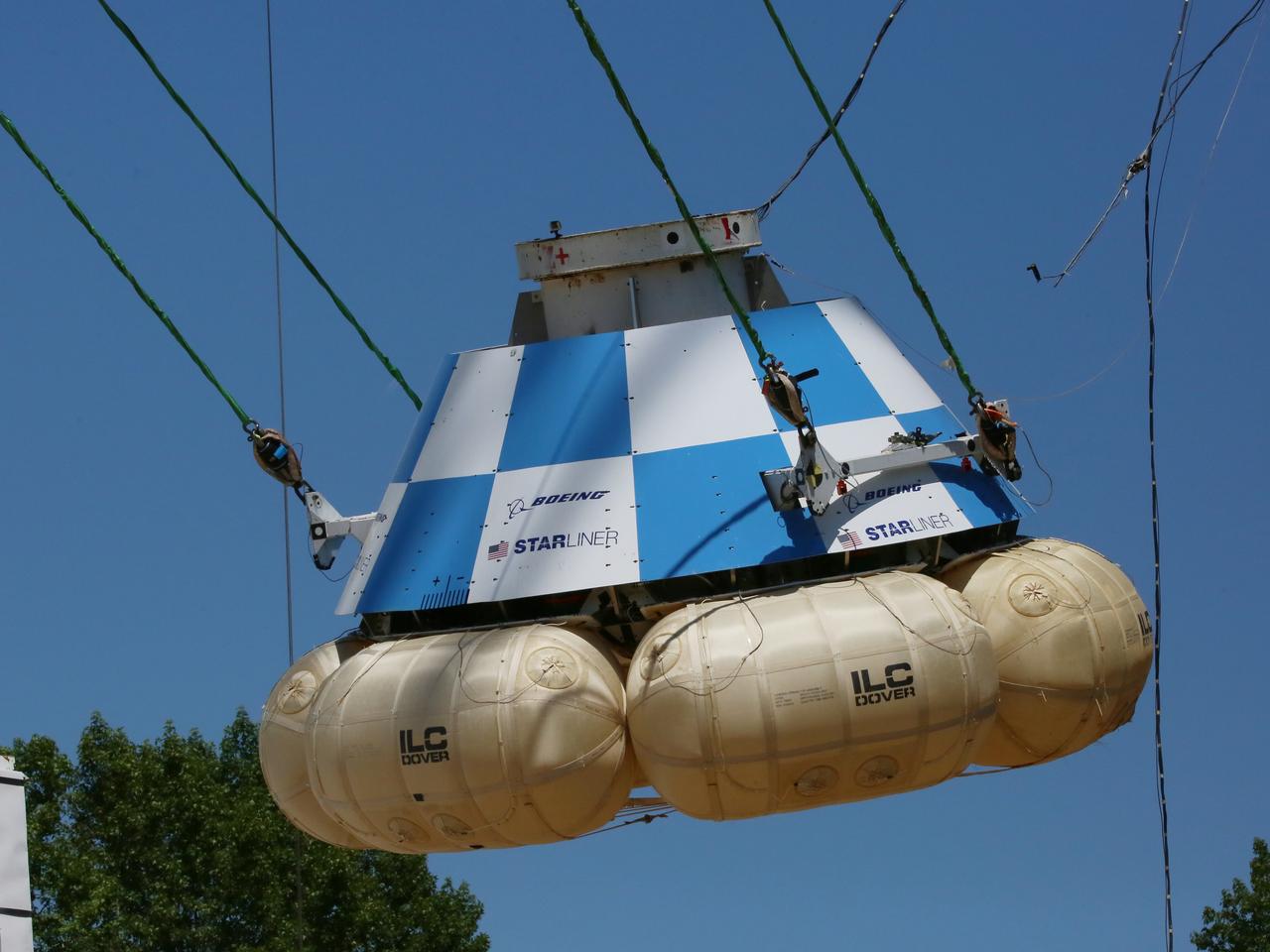 On Nov. 4, Boeing crossed another threshold on its road to safely launching a new spacecraft. The CST-100 Starliner hit a safety milestone with its test of its abort system in White Sands, New Mexico.

What is the Starliner? What will it do? Let’s get to know one of the newest spacecraft getting ready to launch.

Boeing’s Crew Space Transportation (CST)-100 Starliner spacecraft is being developed in collaboration with NASA’s Commercial Crew Program. The Starliner was designed to accommodate seven passengers, or a mix of crew and cargo, for missions to low-Earth orbit. For NASA service missions to the International Space Station, it will carry up to four NASA-sponsored crew members and time-critical scientific research. The Starliner has an innovative, weldless structure and is reusable up to 10 times with a six-month turnaround time. It also features wireless internet and tablet technology for crew interfaces.

It looks familiar. What else does it look like?

Maybe the conical, blunt-bottomed design of Starliner looks familiar. Does it remind you of the Orion capsule? How about Apollo? Maybe it’s Mercury?

Most of crewed spaceships have been shaped this way, like an inverted ice cream cone. This is for a specific reason and it’s thanks to innovative designer Max Faget. The design proves to be extra stable when the capsule is re-entering the Earth’s atmosphere.

The flat bottom gives ample room for a heat shield to absorb the friction from returning through the atmosphere. It also stabilizes the craft to keep it from tumbling on its way back down.

For the astronauts contained inside, these are very important features. Over the years, the spacecraft have made plenty of advances, but the basic shape remains the same.

What is a pad abort test?

The test was designed to verify each of Starliner’s systems will function not only separately, but in concert, to protect astronauts by carrying them safely away from the launch pad in the unlikely event of an emergency prior to liftoff. This was Boeing’s first flight test with Starliner as part of NASA’s Commercial Crew Program to return human spaceflight launches to the International Space Station from American soil.

A pitcharound maneuver rotated the spacecraft into position for landing as it neared its peak altitude of approximately 4,500 feet. Two of three Starliner’s main parachutes deployed just under half a minute into the test, and the service module separated from the crew module a few seconds later. Although designed with three parachutes, two opening successfully is acceptable for the test parameters and crew safety. After one minute, the heat shield was released and airbags inflated, and the Starliner eased to the ground beneath its parachutes.

The demonstration took only about 95 seconds from the moment the simulated abort was initiated until the Starliner crew module touched down on the desert ground.

When will it launch again?

If all goes well, the Starliner could carry astronauts back to the International Space Station in 2020.