What has eight legs and crawls on web-like trusses? A spider fit for space. Get to know Spidernaut, NASA’s spider-like robot prototype, in today’s post.

When NASA needed a new versatile robot to tackle some of the more difficult challenges of future deep space travel, Spidernaut seemed like it would be the perfect fit. 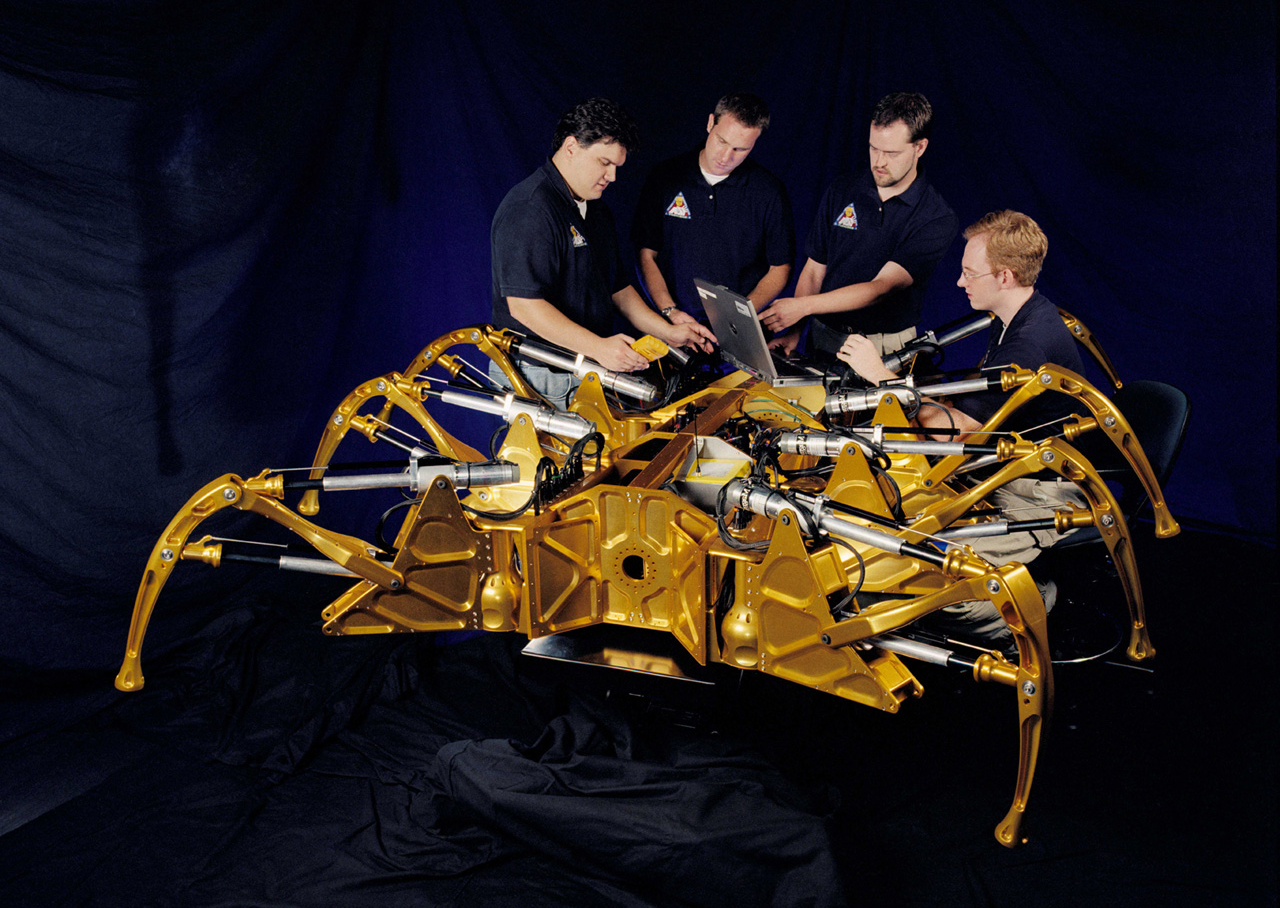 The creepy, crawly, Spidernaut was among the first prototypes in a new series of spider-like robots developed by NASA and programmed by a team from Carnegie Mellon University. The software and prototype were developed and assembled in 2005, in just nine months!

Originally designed to construct a solar array on the Moon Spidernaut was developed to carry large payloads without putting too much stress on the structure itself. It can do this with the help of its eight legs, which help to distribute the weight more evenly across its structure.

When Spidernaut reaches an area of a structure that cannot support even a light load, the spider-like robot can still cross by using a “web” of tethers!

NASA’s ultimate goal for its autonomous robot prototypes, like Spidernaut, was for them to be able to work as a team without relying upon human supervision. 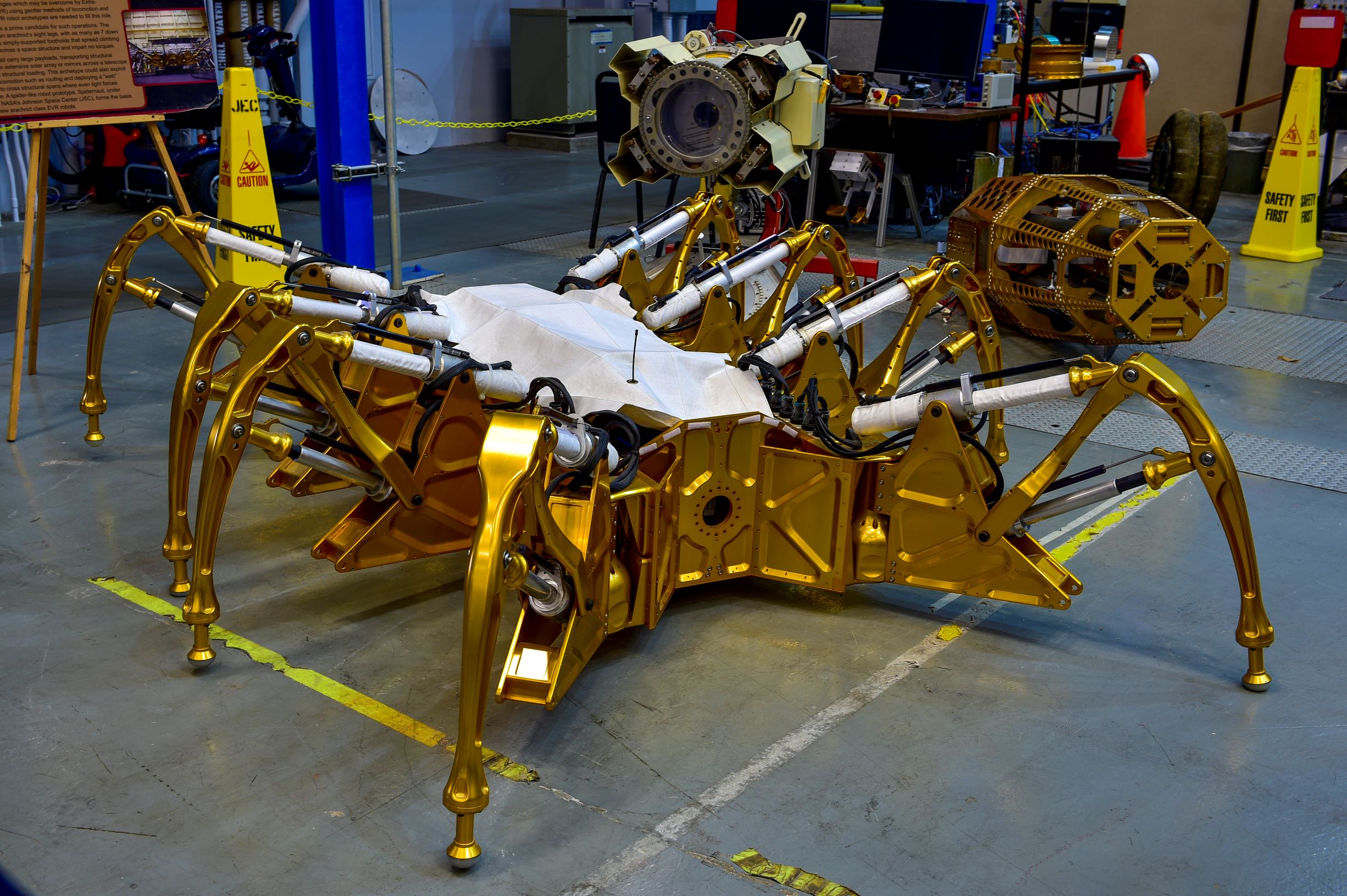 This would aid astronauts during future missions to the Moon and beyond. When astronauts would leave a site, robots like Spidernaut could continue to maintain equipment and the site until the next team of space explorers arrived.

They could also serve as the first explorers of new worlds.

In a 2018 NASA Spinoff article, Rob Ambrose, Principal Technologist of the Software, Robotics, and Simulation Division of NASA Johnson Space Center’s Game Changing Development Program, said, “The challenges we’re looking at for sending people into deep space are best met by having roots predeployed to set things up. It’s not cost-effective to have people go there for the very first effort.”

Elements from the program are still in use today in the form of warehouse smart robots, that sort and handle packages, increasing the efficiency inside shipping warehouses. They also mitigate safety risks and manage hazards to protect workers from harm while on the job.

Thanks to Spidernaut and its incredible team of programmers and engineers, NASA and the commercial sector have developed new solutions for managing risks and overcoming challenges in space and in the warehouse.

Don’t miss your chance to see Spidernaut at our Galaxy Frights experience, presented by Reliant.