This fall, we are exploring how space inspires progress. From the Apollo era to NASA’s Artemis generation, good communication is key when you are stepping out into the vastness of space. That’s why astronauts have always relied on an internal communication system to keep them connected to their crew and ground support personnel during every spacewalk.

Solve space today by unscrambling this image of an astronaut’s “Snoopy Cap”, which makes it possible for astronauts to communicate with other crew members and mission control during extravehicular activities (EVAs).

You wouldn’t think of leaving your house without your phone. The idea of not being able to communicate is a scary thought for most of us.

But what about communicating in space? You can’t bring your cell phone along for a spacewalk. That’s where an astronaut’s internal communication system comes in. 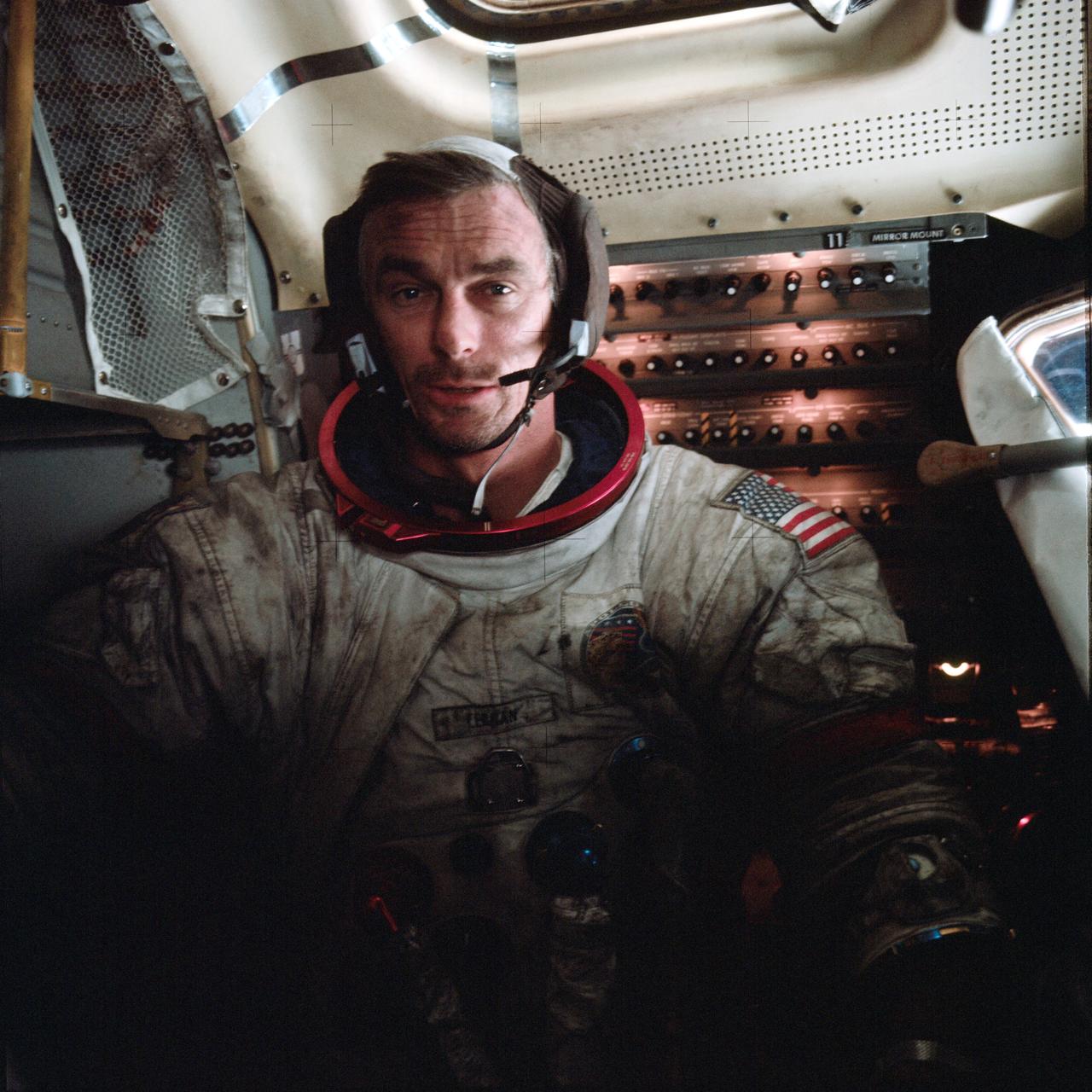 Similarly, to all of us on Earth, astronauts rely on a good communication system to keep crew members and ground support teams connected. However, instead of phones, they rely upon a critical spacesuit component called the Communications Carrier Assembly (CCA), also nicknamed the “Snoopy Cap.”

These caps date back to the Apollo era, and got their nickname from their resemblance to the aviator cap worn by America’s beloved cartoon beagle.

The CCA, which is worn under the helmet and visor, is equipped with earphones for listening and boom microphones for talking. While it has been a successful communications system, it is not without its challenges.

Obstacles include not being able to adjust the cap once the astronauts are fully suited up, and needing multiple caps of different sizes to ensure they fit to each astronaut’s head. NASA also notes that the boom microphones in front of the astronaut’s mouth can get in the way of their eating and drinking apparatuses, and that sweat can cause issues with the CCA’s mechanical systems.

NASA’s next generation spacesuits are fixing these problems just as a new era of lunar exploration is set to begin. The new exploration spacesuit will take an integrated audio systems approach, with microphones and earphones built into the suit.

That means astronauts will be saying goodbye to the sweaty snoopy caps and hello to improved inbound and outbound communications! This new system design will help improve future lunar and deep space explorer’s communication systems, which could be a game changer in getting us back to the Moon, on to Mars, and beyond.