This fall, we are exploring how space inspires progress. Solve space today by unscrambling this image of a mighty Saturn V rocket. These powerful rockets launched men to the Moon for the Apollo lunar missions, paving the way for future lunar exploration with Artemis.

The mighty Saturn V was an Apollo-era rocket, that was the tallest, heaviest, and most powerful of its time.

The Saturn V, which got its start at NASA’s Marshall Space Flight Center, was just one type of Saturn rocket. NASA had built two others, the Saturn I and IB, which were utilized for Low Earth Orbit (LEO) human spaceflight missions. The Saturn V had a much more difficult objective: launching men to the Moon.

To accomplish this tall order, the Saturn V had to be powerful. The rocket was made up of three mighty stages. These stages would each burn their engines until the fuel was used up, then they would separate from the rocket.

The first stage (S-IC Stage), the most powerful of the three, lifted the rocket off the ground at launch with its five F-1 engines, propelling the Saturn V to an altitude of approximately 42 miles above Earth. Once the fuel was used up, the first stage fell back to the ocean.

The second stage (S-II Stage) would then propel the mighty Saturn V into space. After the second stage had burned through its fuel, it fell back to Earth, burning up in the atmosphere. 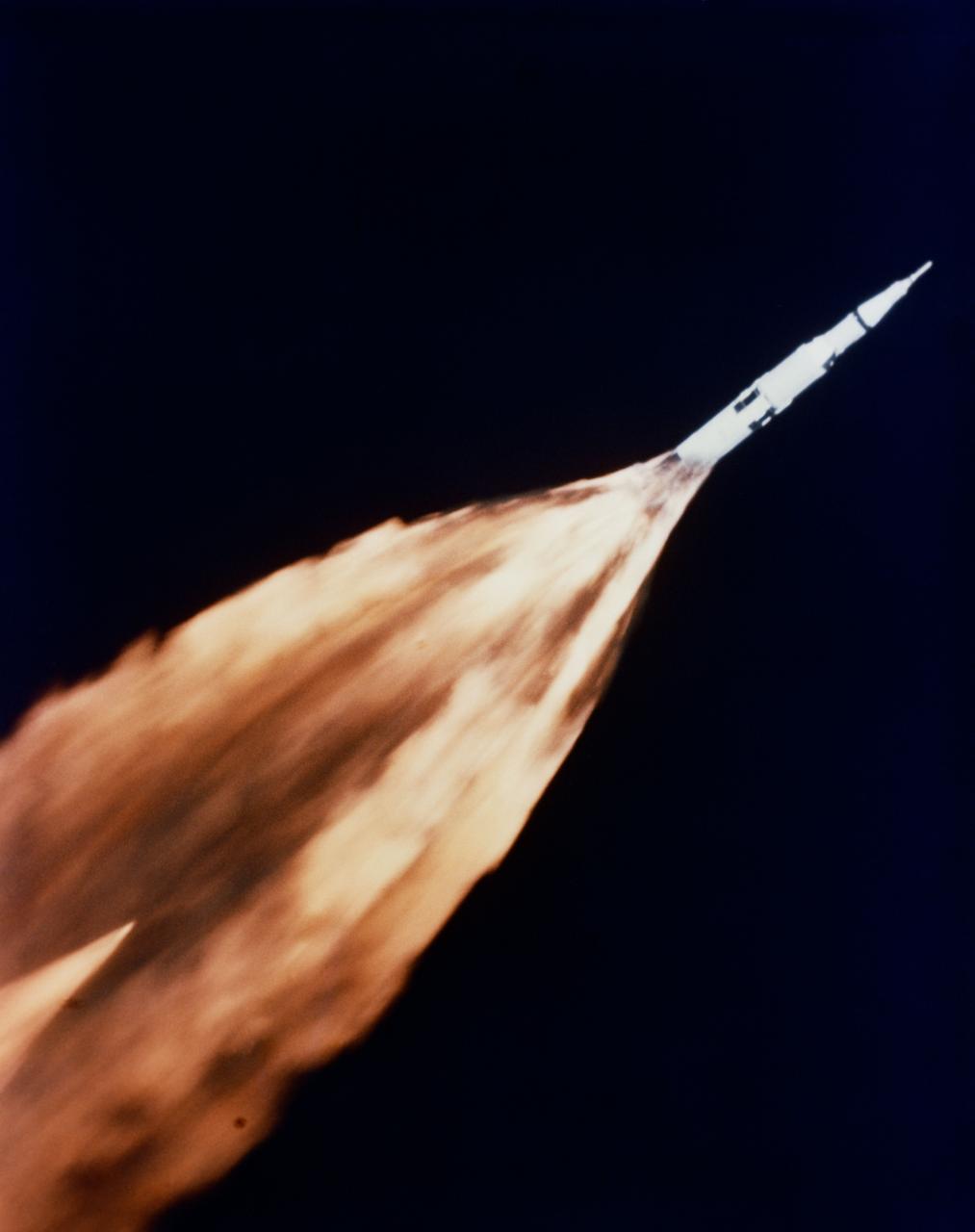 The third stage (S-IVB Stage) put the Apollo spacecraft into Earth orbit and placed it on a trajectory to the Moon. While some third stages were left to float in space, others were crashed into the lunar surface to create “Moon quakes” which were measured by NASA.

Though the Saturn V was used for a short period of time, just six years, its 13 successful launches led to some of humanity’s greatest accomplishments, like orbiting and landing the first men on the Moon, something that was once thought to be an impossibility.

Learn more about the Saturn V rocket in our Mission Apollo Minute:

Want to see a Saturn V rocket up close and in-person? Hop on our NASA Tram Tour and catch a ride over to Rocket Park at NASA’s Johnson Space Center for an opportunity to see one of only three remaining Saturn V rockets on display worldwide, and the only Saturn V on display that is made up of all flight-certified hardware!