This summer, we are exploring how we push human extremes in order to survive and thrive in the harsh environments of space. Exercise can be extreme on Earth, but astronauts take it to the next level in zero gravity. That’s why it’s critical that their physical condition is closely monitored. 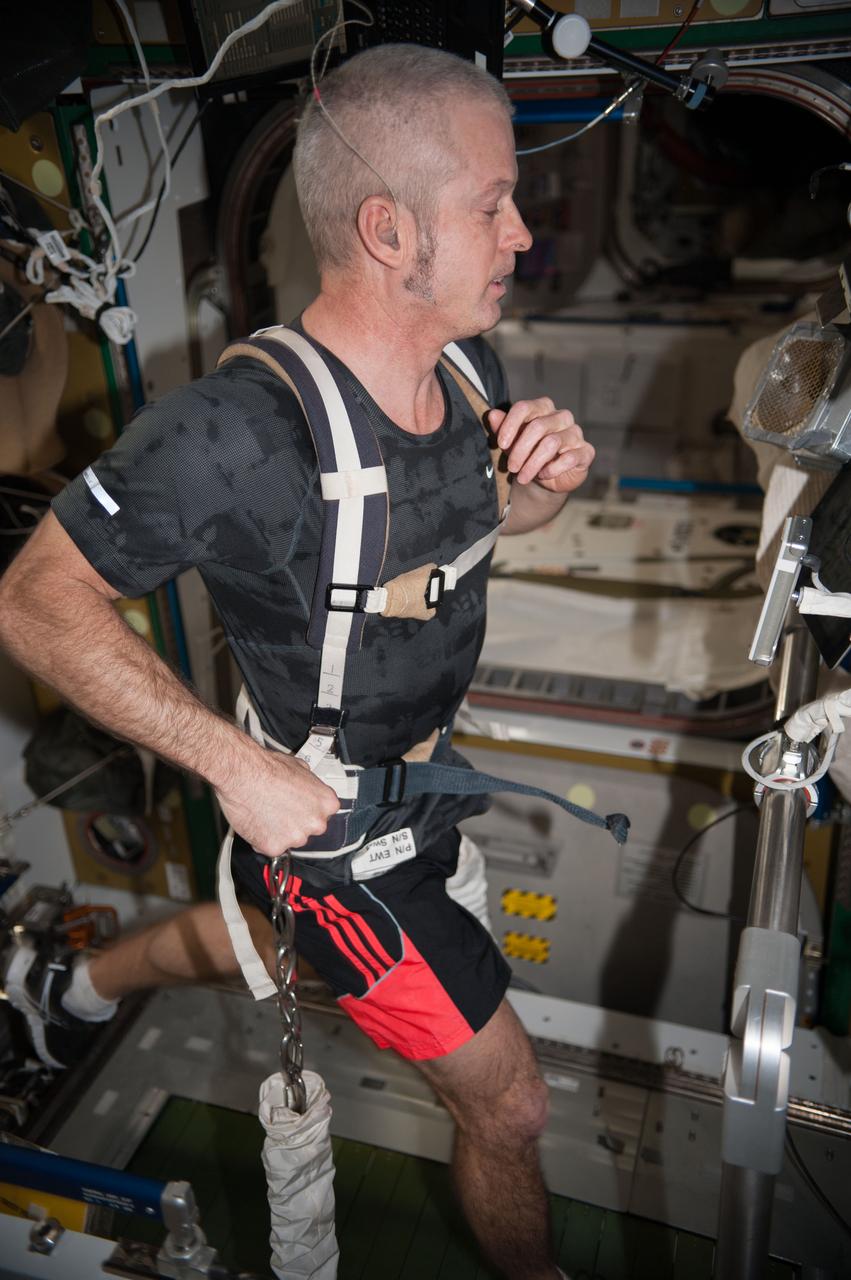 In previous posts we have covered various zero gravity workouts, but today we are taking a closer look at how an astronaut’s fitness is monitored during their long duration stays on the International Space Station (ISS).

It is extremely important to get an astronaut’s heart pumping with cardio workouts during their spaceflight missions. Heart health is just as important in space as it is here on Earth. In fact, astronauts must pay special attention to it.

When an astronaut is weightless, there is no gravity to pull their blood down to the lower half of their body. Instead, blood is concentrated in the upper part of the body, around the chest and head, which is why astronauts get such puffy faces during their time in orbit.

According to NASA, the cardiovascular system can become “lazy” in zero gravity. This poses a serious risk to an astronaut’s health upon their return to Earth.

This is just one of the reasons why so many experiments have been conducted to research the effects of microgravity on the human heart and circulatory system.

But how is an astronaut’s heart rate monitored while they are in space?

They are equipped with heart rate monitors when they conduct their workouts, so that researchers and scientists on the ground can make sure they are maximizing their workout while remaining safe. This isn’t much different from a trip to the gym on Earth where machines can read your heart rate as you work out. 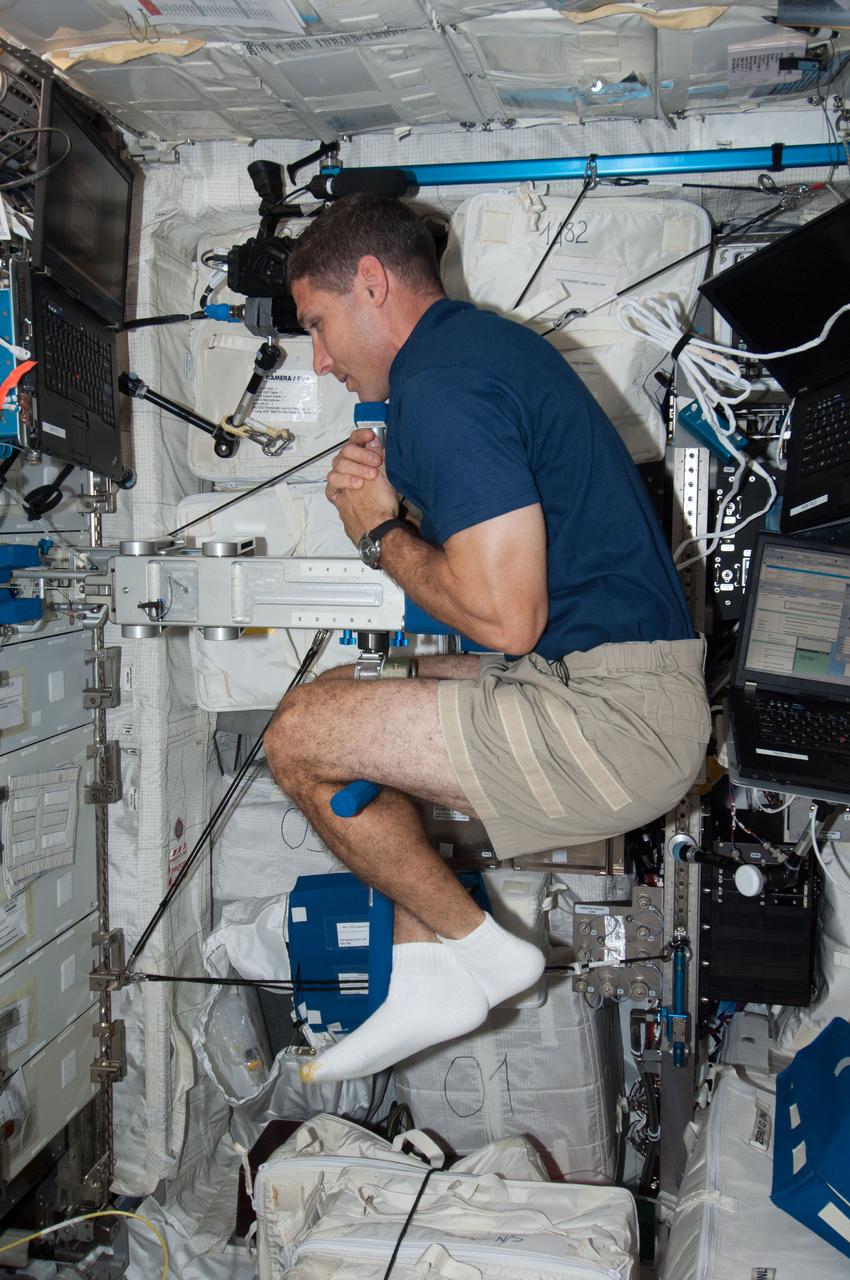 Figuring out an astronaut’s weight is a bit more of a challenge.

Since astronauts are “weightless” in space, astronauts have their mass measured instead.

The first relies upon Newton’s Second Law of Motion (Force = Mass x Acceleration), where a known force and acceleration are used to determine an astronaut’s body mass. The second, uses a different approach.

The BMMD uses oscillation instead of acceleration to determine an astronaut’s body mass. The device looks quite different as well. It is more like a pogo stick.

Watch as Canadian Space Agency (CSA) astronaut David Saint-Jaques demonstrates how astronauts measure their body mass in space in the CSA clip below:

Want to learn more about exercising in space? Click here to read up on running in space or here to learn about weightlifting in zero gravity.